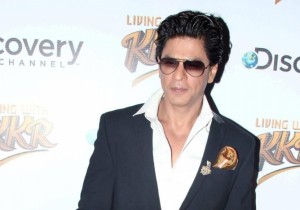 It was 22 years ago on this date that Shah Rukh Khan’s debut movie “Deewana” hit the silver screen. The actor says he has not seen the movie yet – and he has his special reason.

SRK tweeted Wednesday: “All notions, creations and experiences of decades will end on the day of truth. I tirelessly work to ignore the inevitable. Thx for 22 yrs of O2.

“I have till date not seen ‘Deewana’. I have a notion that I don’t want to see my first or last creation. They are bookends, the story is between.”

Shah Rukh’s own story has been as memorable as some of the films he has starred in over the years.

He had already made his presence felt in the world of TV with shows like “Fauji” and “Circus” when SRK ventured into the world of cinema with “Deewana”, directed by Raj Kanwar and co-produced by Guddu Dhanoa and Lalit Kapoor. It starred Rishi Kapoor and late actress Divya Bharti.

That set the ball rolling for the Delhi boy, who initially made it big with grey roles in “Baazigar” and “Darr”, but gradually went on to be labelled Bollywood king of romance following the success of ï¿½Dilwale Dulhania Le Jayenge,Dil To Pagal Haiand Kuch Kuch Hota Hai

SRK enjoys global popularity, and it has been spurred by his versatility, his charm, wit and stage presence.

If he entertained audiences with actioners like Don 2 and RA.One, he also did issue-based films like My Name Is Khan Chak De! India and Swadeshi. He did titles like Rab Ne Bana Di Jodi andJab Tak Hai Jaan. Now he is all geared up for Happy New Year.

The superstar is married to Gauri Chibber, with whom he has two children – son Aryan and Suhana. Together, the couple also raises son AbRam, whom they had via surrogacy.