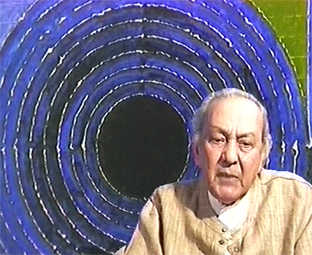 Sayed Haider Raza – An artist who believed in Christ and Krishna and the primordial ‘Bindu’ ….writes Uma Nair

An Indian artist in Paris — an Indian artist who decided he would explore the rudiments of plastic art, a gentleman who was subtle and every bit an arts connoisseur, a voracious reader, a writer, a thinker, an aesthetic being — how much can one say of Sayed Haider Raza, who died in New Delhi on Saturday aged 94?

For Indian contemporary art Raza was the creator of an epic bridge — one that spanned the elements of tradition and brought them forward to create islands of colour that were steeped in Indian advaitya philosophy and the idea of the seed — the germination, the principle of everything being born from the word Om.

Last year, I had the good fortune to be given a few hours with him over a week and the meetings unravelled the beauty of flashback and the pathos and solitude of a truly gifted artist who only wanted to paint.

In the hours we sat together, he would bring back the past — all his old explorations unveiled themselves. Raza’s early works were drawn from his memories of a childhood spent in the forests of his native village of Barbaria in Madhya Pradesh. He would talk of his school master, who told him to concentrate on the single spot that became the historic Bindu.

Raza’s style evolved over the years in myriad ways — from expressionist landscapes, which became resonant, geometric representations of French towns and villages in the early 1950s during his years in Paris. In the following years, the elements changed — while the lines blurred and colour dominated — there was a deeper intensity of spirituality that wove into his works. 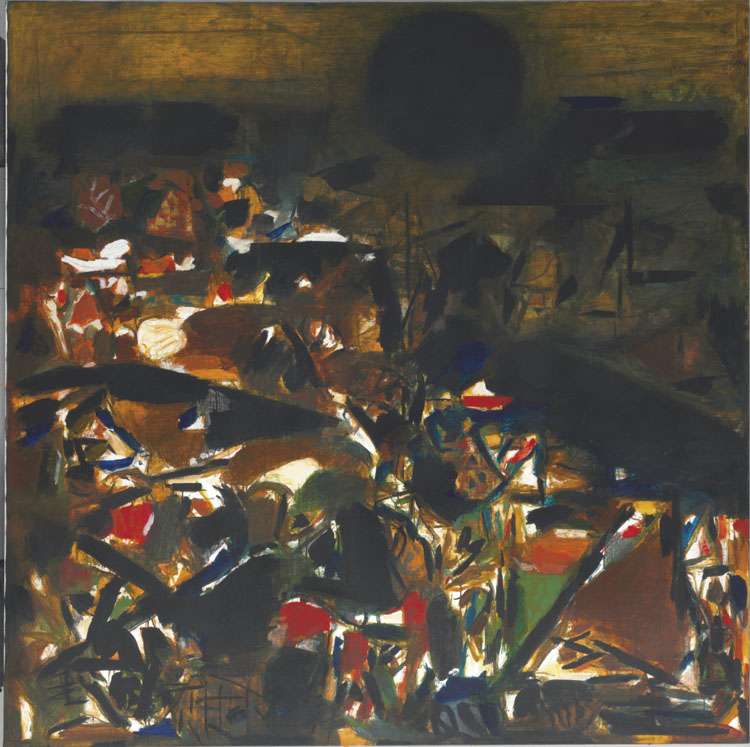 The ideation of the landscape melted into a non-representational, spiritual sentiment evoked by the spirit and eternal spatial structures of a place in intangible strokes of representations and deeper intensities of colour.

By the 1970s, the purity of geometrical forms gathered momentum and he mapped out a metaphorical space in his sensibility. The primordial and proverbial “Bindu” became his iconic insignia. We saw a dark sphere that was not just sacred in its symbolism, but an emblem of Indianness — a symbol that spoke in holistic terms in the context of Indian literature philosophy and ideas.

He often called his works a “result of two parallel enquiries”. A confluence of a “pure plastic order” and the eternal power of nature. Two important elements he spoke about were the Bindu and the Panchatatva. He used to say that higher-thinking involves the convergence of two parallel thoughts into a single point to become the “Bindu” (the dot or the epicentre).

“The Bindu symbolizes the seed, bearing the potential of all life”, he often said.

His life changed after the death of his wife, the artist Janine. His friend Ashok Vajpayee brought him to India to look after him and give him the space and the peace to create works in his last years. The Raza Foundation in Delhi is where he lived and painted every day.

His life has been one of great dedication and devotion to work. His goodness and his grace was so deep that he was vulnerable to those who could abuse his goodness and generosity.

As a man, Raza was gentle and loved his glass of wine and cheese. He loved music and used to attend Mass at Sacred Heart Cathedral at the Gol Dakkhana in Delhi. He spoke of life in Paris and how he would go with Janine to church. He said he missed the hymns –he was a great believer in the plurality of religions.

“I believe in Christ and Krishna. I believe the gods are for everyone. I believe that Christ is the symbol of suffering and forgiveness. We can’t change that powerful message; it is a lesson for each one of us.”

Raza was also a voracious reader and loved French poets and thinkers and essayists. We spoke of the beauty of the graves in Paris and how they are places to visit to think about both life and death. In his last days, he had become solitary, his voice had become softer like a whisper and he felt sad about terrorism.

He leaves behind a body of work that will bring harmony and peace to every wall it hangs on. His works are a testimony to hard work and perseverance. Rest in Peace Raza sir!