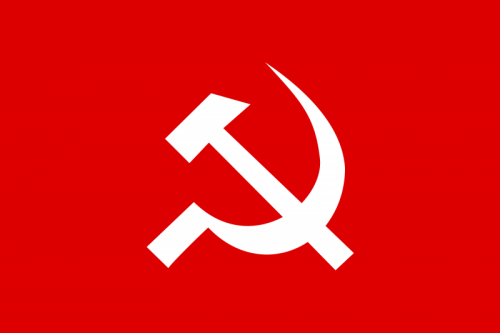 The Communist Party of India-Marxist (CPI-M) will chalk out a strategy to rebuild and strengthen the party besides electing a new general secretary at its 21st Congress, beginning here.

Sitaram Yechuri, member of the party’s outgoing central committee, is tipped to take over from Prakash Karat, who has been at the helm for the past 10 years.

With the CPI-M reduced to being a single-digit force in the Lok Sabha, there will be serious deliberations during the six-day conclave on how to strengthen the party by taking up people’s issues.

The first Congress of the communist party since the BJP-led NDA stormed to power last year will, according to the draft political resolution, stress on building a strong Left and democratic front as this alternative alone can “save the country from the havoc being inflicted by neo-liberal capitalism and majoritarian communalism”.

The party, whose strength in the Lok Sabha has been reduced from 60 in 2004 to nine in 2014, will discuss organising and mobilising different sections of the working people against “right-wing offensive” and the Modi government’s “neo-liberal drive”, it said.

According to CPI-M’s Andhra Pradesh unit secretary P. Madhu, the Congress will also chalk out state-specific action plans to take on regional parties.

He said the conclave would take stock of the situation in each state and discuss ways to counter “bourgeois ideology and politics of the regional parties” and win over the masses from their influence.

The CPI-M, which lost its bastion of West Bengal four years ago and is facing a tough situation with the emergence of the BJP as a key force in the state politics, will deliberate on how to effectively counter both the Trinamool Congress and the BJP.

The Marxist party will discuss the reasons for its electoral debacle last year and the way forward to reassert its relevance in the national politics. It has prepared a report, identifying the drawbacks which led to poll reverses, and these will come up for discussion at the Congress.

The conclave will discuss draft political resolution adopted by the central committee in January, which says “With the BJP coming to power at the Centre, the stage is set for a rightwing offensive comprising an aggressive pursuit of neo-liberal policies and a full-scale attempt by the RSS-led Hindutva forces to advance their communal agenda”.

The resolution also noted that the nine-month period of the Modi government at the Centre is marked by an aggressive pursuit of neo-liberal policies with emphasis on increasing foreign capital in all spheres of the economy; increased privatisation; dilution of labour laws and land acquisition laws.

“There is a wholesale pursuit of the Hindutva agenda which threatens the secular-democratic basis of the Republic,” it added.

Election of a new general secretary is on the agenda of the Party congress. Prakash Karat has already made it clear that he would be replaced at the congress as the party constitution provides for only three terms for a secretary at any level.

Merger of two communist parties will not be on the agenda of the CPI-M conclave. Communist Party of India (CPI) general secretary S. Sudhakar Reddy has favoured merger. However, the CPI-M congress will discuss how to ensure broad unity among the Left parties on the people’s issues rather than merger.