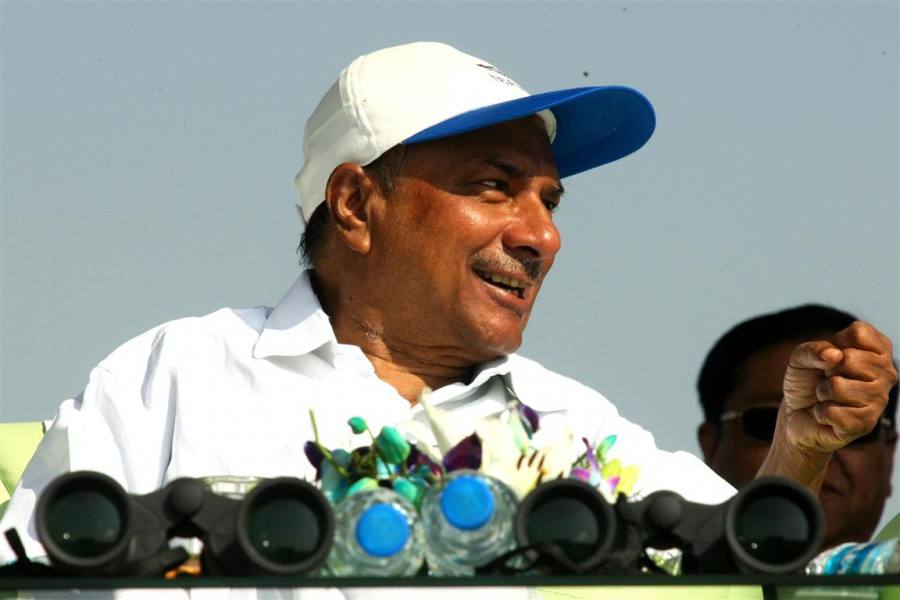 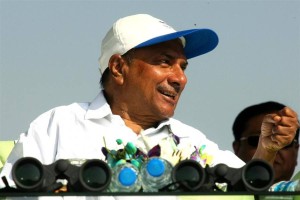 Speculation about the government appointing the new army chief has been current for some time, the latest hinting that Defence Minister A.K. Antony may do the unthinkable, stretch his neck out and formally anoint Lt.Gen. Dalbir Suhag early next week as polls close.

This when the Election Commission is yet to formally give an opinion on the appointment although it had earlier clarified that “appointments, promotions, tenders and procurements are not covered under the Model Code of Conduct …”

In that sense, Antony has his back covered except that the BJP will raise Cain. There is an element of hypocrisy in the BJP stance that the new government appoint the army chief. In 2004, in the dying days of the NDA, prime minister Vajpayee’s government cleared Vice Admiral Arun Prakash for chief of staff. There was no controversy, no objections from anybody.

Cut to today, in the event Antony goes ahead, a Modi government is not expected to seek to reverse Suhag’s appointment. The BJP grapevine hints that too much attention need not be paid to the fulminations of former army chief, Gen V K Singh, who is running a no hold’s barred campaign to stop Suhag.

The evidence against Suhag in an allegedly staged killing in Kashmir is murky. The army’s internal investigations have dismissed the charge. He was also absolved in a case involving the purchase of parachutes for the Special Frontier Force that he headed.

But in the surcharged political atmosphere of today, Antony is better advised to let the new government make the appointment. The current army chief Gen Bikramjit Singh hangs up his boots only at the end of July. There’s enough time from May 16 to the first week of June for the new government to name its chief.

Like it or not, in the decade since the last NDA, politics seems to have acquired a vicious new colour, that has not spared even the apolitical armed forces.

Witness the rumour and innuendo that spread in the days after D K Joshi quit as navy chief. In the 50 days that followed leading up to R K Dhowan’s appointment, there was all manner of speculation about backroom deals being made involving former navy chiefs, politicians and even arms dealers.

The sentiment flowed from the UPA’s record over the last five years, one of scandal and failed cover ups topped by the AgustaWestland case where bribes were allegedly paid to sundry politicians and even a former air force chief.

Politics also characterized V K Singh’s tenure as army chief, there is the view that he needlessly dragged the organization into a confrontation with the politicians over an entirely personal issue, his date of birth. An exaggerated sense of entitlement even led him to try and change the “line of succession”, which could have seen a relative take over as chief of staff.

To a considerable extent, the problems involving the defence ministry and the three services stemmed from Antony’s faulty stewardship. India’s longest serving defence minister is seen as overcautious, bereft of ideas and initiative, leading to a situation where the defence ministry bureaucracy ran things pretty much as they pleased.

Procurement fell casualty to over caution as arms companies were blacklisted, with investigations turning up no proof of wrongdoing. The army has been the worst hit.

“Leaving aside artillery that has seen no accretions in decades, look at the state of the air defence regiments, look at the infantry, at small arms,” said a brigadier. “The CRPF has better weapons in Naxalite areas than our infantry regiments. Some how they are able to import equipment without the hassles and delays that we face.”

The air force has seen steady decline in force strength, down to a rumoured 39 squadronstoday. One of the casualties is the Rafale fighter procurement, Antony preferring to leave what is an expensive buy to the next government. There is no light on the Avro cargo aircraft replacement, confusion over the 5th generation fighter aircraft programme (where Hindustan Aeronautics is reported to have mysteriously surrendered its work share to the Russians).

The navy’s situation is little better: 70 percent of its capital budget is tied up with ongoing programmes leaving little room to cover gaps on other fronts. There’s been no movement for years on the Project 75I conventional submarine programme, the Scorpene project is delayed leading to an aging fleet with the inevitable accidents.

Antony’s masterly inactivity has cost the country heavily but, in the current surcharged situation, is better to suffer it for a few more days.