If you have been to Mecca and Madina in Saudi Arabia, the two root cities where the story of Islam began, you cannot escape the view of the harsh mountains—rugged, cruel and unforgiving. Tribalism in pre-Islamic Arabia reflected the living conditions of the time, compounded by the searing sun. Yet, in one generation, to imagine that those rigid mindsets will stop the practice of burying girls alive must have seemed like an impossible task. But it happened. The change happened because of the kindness and compassion of Mohammed.

He is the embodiment of all positive values, just the way we like our heroes to be. He spread social change in Arabia at the time in these harsh mountains; it is a theme that endlessly fascinates me. Fast-forward to current times and the concept of tender understanding seems far removed from the Islamic practice. We are sometimes raised on stories of horrible things that happen to one when we do not pray and follow other religious practices. But is that really true? 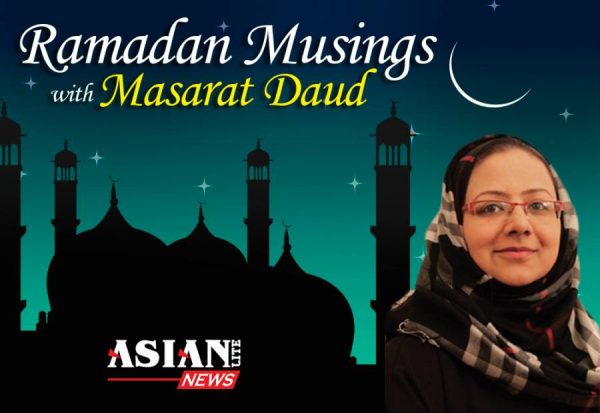 In 2005, my uncle was hospitalized because of a stroke. It was a regular, mundane Friday morning and those phone calls cut through that day sharply. What followed becomes blurry sometimes, but I remember spending half the days by his bedside. He lived for eight days. I knew he was a wonderful person who had made mistakes in the later part of his life but some of those days, I wondered if he will be punished? Will his good work be forgotten? In those many silent days by his side, I felt a mercy. He was in a deep sleep and in good care. His passing was much quieter than his arrival to the hospital. I was deeply moved in the period after his death. I felt like I saw forgiveness and kindness—the hundreds of people who prayed for him, the way his debt was settled smoothly and the good legacy he left behind.

I realised that sometimes in the darkest moments you find the light. Instead of listening to the horror tales of the grave, we need to remember the goodness and the mercy. This also allows us to feel our human values deeply and that if religion appears to rob us of it, then we need to question whose voice are we following. Nothing grows out of hatred and if we have gotten this far, it is always because someone somewhere has been kind and compassionate.

(Masarat Daud is many things. A cook, a girl’s education campaigner, a TED speaker, a TEDx curator, a politically-incorrect humourist currently based in London and a recent SOAS MA graduate)