Home Sport A new Prince to take on Blatter
Advertisements 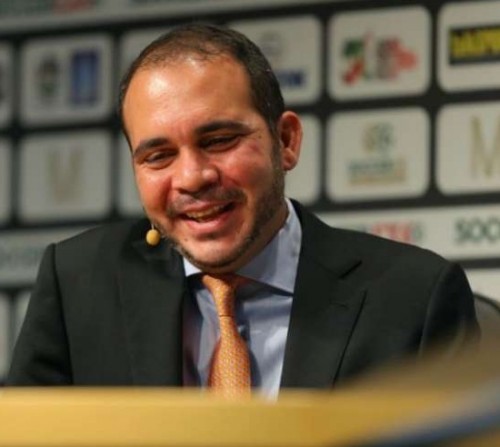 Prince Ali is the son of the late King Hussein of Jordan and brother of the current King Abdullah II.

The 39-year-old would not symbolise a clean slate for FIFA. He currently serves as one of seven vice presidents, representing Asia.

But his style and rhetoric could not be more different from that of the current president.

Fifa’s 209 member associations will decide on  whether to give Sepp Blatter a fifth term as president.

But the 79-year-old Blatter has already resisted calls to resign and insists he is the man to “fix things” reports BBC.

Blatter, who has been at the helm of Fifa since 1998, is being challenged for the presidency by 39-year-old Jordanian Prince Ali bin al-Hussein.

Speaking on the eve of the presidential election in Zurich, Blatter admitted “these are unprecedented and difficult times for Fifa”.