FC Barcelona assistant coach Juan Carlos Unzue has dropped a hint that he would like to succeed Luis Enrique as first team coach when the latter leaves the Catalan football club at the end of the season….reports Asian Lite News 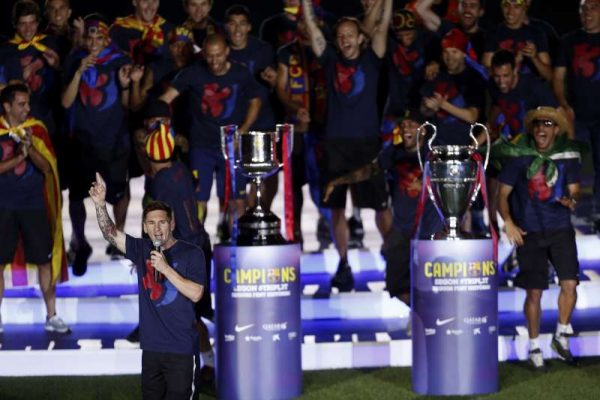 The former goalkeeper made the declaration while watching the Tour of Catalonia (Volta de Catalunya) cycle race from a privileged position in the team car of the Spanish based “Movistar” cycling team, which his brother manages, reports Xinhua news agency.

“I hope I don’t have more time to go cycling next season,” he joked, adding it was “not my intention, I am a football coach and I will have time to follow my hobbies in the future.”

Unzue is currently one of the favourites to replace Enrique, who announced he was leaving his post at the end of the season, following Barcelona’s recent home win against Sporting Gijon.

His candidacy was also given the apparent backing of the current coach who said it would be “impossible to be angry with Unzue, we have been friends for years”.

Athletic Club Bilbao coach Ernesto Valverde appears to be the other main candidate for Barcelona after Sevilla’s recent run of poor form saw Chilean tactician Jorge Sampaoli apparently drop out of the running.

The Italian media have reported that Juventus’ Massimiliano Allegri has received a $27 million three-year deal to coach Barcelona.