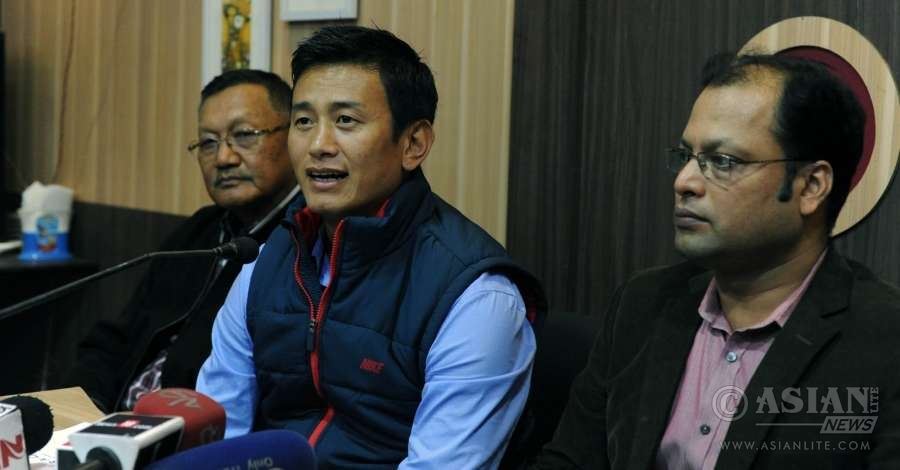 This time I will score in politics: Bhaichung Bhutia . . . . by Asian Lite News

Having failed to score in his maiden poll battle two years back, India’s soccer icon Bhaichung Bhutia says like a true blue sportsman, he has learnt from past mistakes. He is now using the experience to come up trumps on the tough political terrain of Siliguri for the assembly polls.

Going door to door and holding public meets, Bhutia has been striving hard to reach out to the masses, ever since he began his campaign in West Bengal’s Siliguri assembly constituency that goes to the hustings on Sunday.

From promising children to play football with them to assuring the people of working for their development, the retired footballer has been dribbling across his constituency seeking the blessings of one and all.

“Much like football, victory and defeat are part and parcel of politics. I have lost many times in football but then again I have scored goals. This time I want to score in politics as well. This time I will surely emerge victorious,” the 39-year-old Trinamool Congress candidate told  in the midst of his campaign.

In the 2014 Lok Sabha polls, Bhutia had lost the Darjeeling Lok Sabha seat – of which Siliguri is a segment – to Bharatiya Janata Party’s Surinder Singh Ahluwalia by nearly two lakh votes.

“I have learnt a lot during the Lok Sabha elections and want to use all that experience this time,” says the man adored as the “Sikkimese sniper” for his uncanny ability to score goals in his two-decade-old soccer career, during which he led the country for 12 long years.

Bred in the sleepy Tinkitam village of mountainous Sikkim, Bhutia has traversed many an uncharted territory in Indian soccer, but the assembly fight could be anything but easy.

For one, Bhutia is up against a very formidable rival in Siliguri Mayor and Communist Party of India-Marxist (CPI-M) candidate Ashok Bhattacharya, a four-time legislator from the constituency and a former state minister.

But Bhutia seems undaunted by his opponent’s reputation.

“My opponent is politically more experienced, but this time I am also in a sound position,” he said, referring to the “good job” done by West Bengal Chief Minister Mamata Banerjee.

A salient feature of Bhutia’s campaigning style this time is his all out bid to shake off the celebrity image and mingle with the masses.

Besides shaking hands, waving at people or embracing them, Bhutia has been spending nights at slums, bathing in water drawn from the well, and partaking frugal dinners comprising roti, sabzi and dal with them.

Jagdish Mahato, from Siliguri, was overwhelmed after Bhutia hugged him. “I don’t have words to express my ecstasy,” said the young man.

Bhutia disagrees that he is trying an image makeover.

“I have always been with the masses, I don’t consider myself different from the masses,” said Bhutia, who had turned out in the English professional league for Bury FC.

Bhutia thinks his soccer skills would work to his advantage in politics as well.

“Things like team spirit, organisational skills which I have learnt as a footballer, I am now using them in politics,” he says with a chuckle.

How does he plan to serve his constituency if the voters elect him?

Like a seasoned politician, he says,”I will fulfill all the commitments made to the people. Following the footsteps of Mamata Banerjee I will work alongside the masses for their welfare. I will also strive for the development of sports.”

One will have to wait till vote count on May 19 to know if Bhutia would be bang on target in his second attempt. 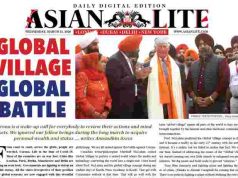