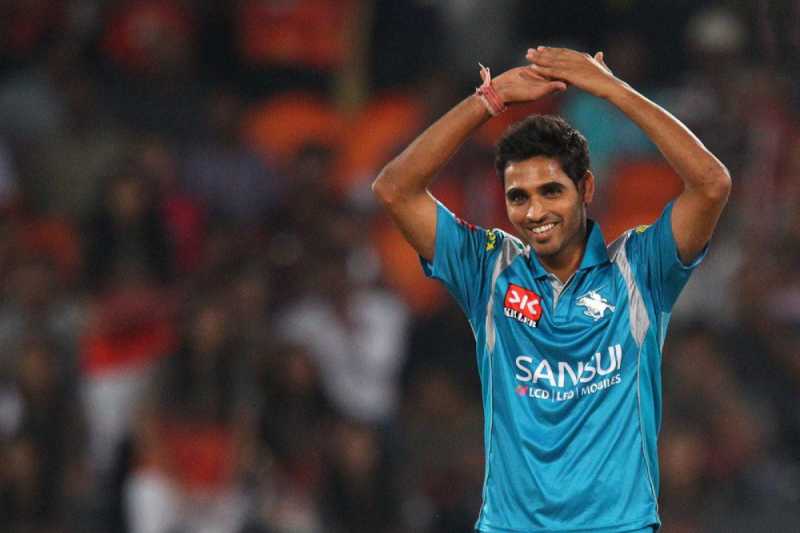 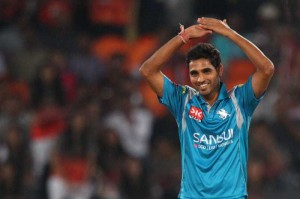 Pacer Bhuvneshwar Kumar picked up three wickets to leave England struggling at 125 for four in the first innings as India still led by 170 runs at tea on the second day of the second cricket Test at Lord’s here Friday.

Bhuvneshwar struck in quick succession in the first session to snare the England openers Alastair Cook (10) and Sam Robson (17) and returned in the post-lunch session to get rid of Ian Bell (16). Ravindra Jadeja got the fourth wicket, trapping Joe Root (13) in front but Hot Spot showed that the Yorkshire batsman had an inside edge.

Gary Ballance fought back well with a fine half century and was batting on 51 with Moeen Ali in six when tea was called.

Bhuvneshwar turned on the heat with some fine bowling to trouble the England batsmen on a green top.

Cook’s poor run with the bat continued as he managed just 10 runs before edging an accurate delivery from Bhuvneshwar that was well taken by Mahendra Singh Dhoni behind the stumps. It has been over a year since Cook passed the three-figure mark and has scored just 93 runs in his last six Test innings.

Robson (17) was lucky to get a life in the previous over from Mohammed Shami when Ajinkya Rahane dropped a simple chance at second slip. But the English batsman failed to capitalise on the chance as Dhoni took a simple chance giving Bhuvneshwar a second wicket in what was a good first spell and England were left struggling at 31 for two.

Bhuvneshwar got his third wicket soon after the resumption of play as Bell was completely surprised with some steep bounce. It was an odd dismissal as the delivery struck Bell’s gloves before lobbing to Jadeja at third slip.

Ballance was extremely lucky to get to his half-century. Stuart Binny almost got him as Ballance found a big edge but neither Dhoni nor first slip Shikhar Dhawan made an attempt to go for what would have been an easy catch.

Earlier, India could add just five runs to their overnight score before they were bundled out for 295 runs in the first innings.

Ben Stokes (2/40) struck in the second over of the day to get rid of overnight batsman and last wicket Mohammed Shami (19), who was caught at second slip by England skipper Cook. Ishant Sharma was unbeaten on 12.