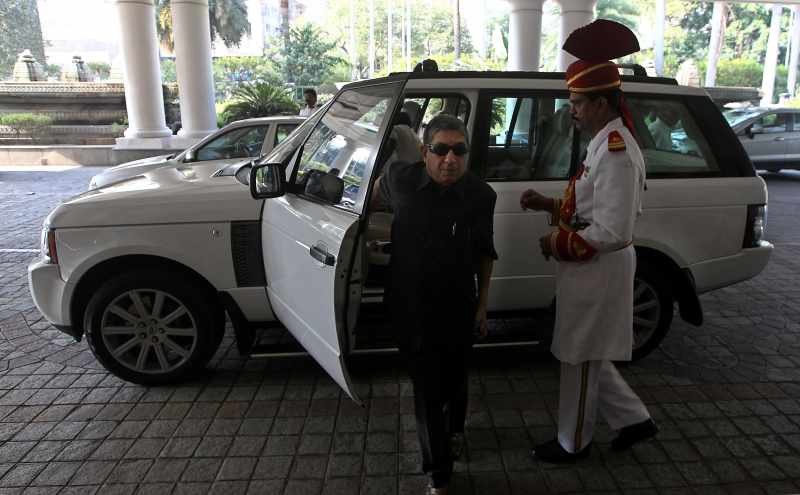 Abishek Roy reports on extravagance and corruption in the BCCI. The Board of Control for Cricket in India (BCCI) now maintains offices for its treasurer Anirudh Chaudhry in Chennai, Mumbai and Delhi — and surprisingly not in his home town Bhiwani besides a a 5-star hotel suite!

Successive cricket board treasurers have often asked for the beefing up of their office because of the nature of book-keeping they have to maintain. As a bonanza, the incumbent has not one, two but three offices — including a plush five-star hotel suite! The Board of Control for Cricket in India (BCCI) now maintains offices for its treasurer Anirudh Chaudhry in Chennai, Mumbai and Delhi — and surprisingly not in his home town Bhiwani.

This information was dug out by crusader from Bihar, Aditya Verma, who played a key role in the Supreme Court removing Narayanaswamy Srinivasan as the BCCI president.

Chaudhry did not deny he has three offices but rubbished the allegations and timing of Verma’s revelations.
Verma claims that one of the offices is located in Delhi’s ITC Maurya Sheraton and the board spent a whopping Rs.40 lakh in sprucing up the two hotel rooms.
“It is perhaps for the first time in the history of the BCCI that the treasurer is operating from three different offices in India. And more surprising is that Rs.40 lakh was spent on refurbishing the two rooms at the seven-star hotel in Delhi. It is surprising that the BCCI had to spend money in refurbishing rooms at a seven-star hotel,” Verma said.
Verma, who is the secretary of the unrecognised Cricket Association of Bihar (CAB), further alleged that a Delhi-based furniture shop owner, a friend of Chaudhry, has worked on the interiors of the hotel rooms.

“The BCCI has been declared a public authority by the government and Rs.40 lakh is a waste of public money,” said Verma.
Verma also claimed that Chaudhry also used his clout to include Adam Chadwick in the BCCI museum committee. Chadwick, who is also the curator of Marylebone Cricket Club (MCC), is reportedly being paid Rs.5 crore as consultation fee.
“The office-bearers of the BCCI are supposed to be honorary, but they have so much money to play with. It was Chaudhry, who brought in Chadwick as consultant and he is being paid a whopping fee of Rs.5 crore,” said Verma.
Rubbishing Verma’s allegations, Chaudhry questioned the timing of his raking up the issue.
“The treasurer’s office was shifted from Pune to Chennai last year after I took over as the treasurer. It was done since the BCCI is registered in Chennai and the treasurer’s office needs to be in the same city for smooth functioning. The Cricket Centre in Wankhede is the BCCI headquarters and all departments are housed there,” he said.
Asked about the Delhi office, Chaudhry said: “It is a co-ordination office for the treasurer but other departments also work out of it. The question of spending Rs.40 lakh on the two rooms is baseless. If we have to spend that kind of money, then why rent rooms. Any way all the decisions were taken by the finance committee and ratified by the working committee.”
Chaudhry also claimed that the decision to appoint Chadwick was taken during the term of former BCCI president Shashank Manohar. “I have nothing to do with it,” he said.
Chaudhry also questioned the timing of Verma’s allegations.
“I was in Jaipur with a BCCI committee just two days ago and I am surprised with the timing of allegations levelled by Verma,” said Chaudhary.
The BCCI reportedly is planning to set-up an ad-hoc committee, headed by former India batsman Brijesh Patel, to run the affairs of the suspended Rajasthan Cricket Association (RCA).
Meanwhile, Verma also said that Patel, Ratnakar Shetty, BCCI’s chief administrative officer and Chaudhry are globetrotting to get the right blueprint for a state-of-the-art academy in place of the disbanded National Cricket Academy (NCA) in Bangalore.
“First they had closed down the NCA, where even overseas players used to train. Now they are going to England, Australia and South Africa to find ways to find the right mix for a brand new NCA,” said Verma.
Verma also questioned as to in what capacity did Srinivasan announce last week that Visakhapatnam would be a Test venue.