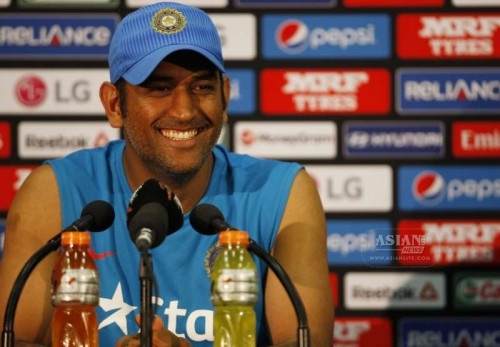 Mumbai Indians opener Lendl Simmons scored 65 off 51 balls followed by Man-of-the-Match Pollard’s 17-ball 41 which helped the home side to post a challenging 187/6 at the Wankhede Stadium here on Tuesday.

In reply, CSK lost wickets at regular intervals and were bowled out for 162 in 19 overs to lose Qualifier 1.

“Dhoni admitted the level 1 offence (Article 2.1.7 of the IPL Code of Conduct for Players and Team Officials) and accepted the sanction,” said an Indian Premier League (IPL) release.

While Mumbai entered the final, to be played at the Eden Gardens on May 24, CSK will get another chance to enter the summit clash when they take on the winner of the Eliminator between Rajasthan Royals and Royal Challengers Bangalore (RCB) in Ranchi on May 22.