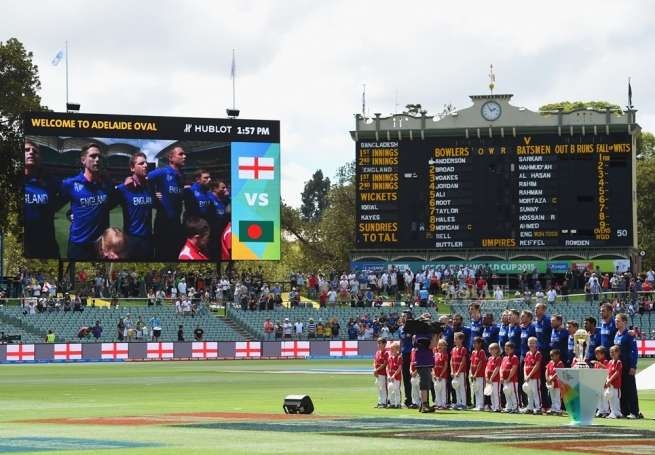 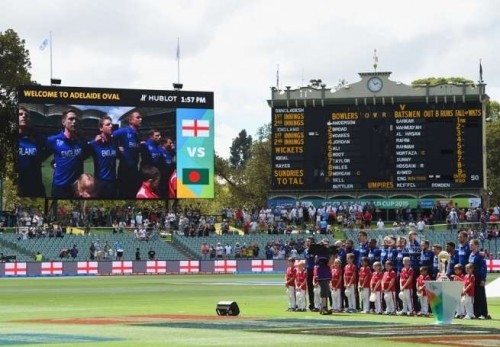 Bangladesh created history  by ousting England from the cricket World Cup’s league stage and securing a quarterfinal berth for the first time with a 15-run victory in a Pool A game at the Adelaide Oval.

In the process, they cleared the path for Sri Lanka to join New Zealand and Australia from their pool in the last eight. New Zealand are sitting pretty at the top with 10 points, while Bangladesh and Australia have seven points each. Sri Lanka have six points, while fifth-placed England slumped to their fourth loss in five matches. They have two points, the same as Afghanistan.

Bangladesh had posted 275/7 in 50 overs thanks to Mohammad Mahmudullah (103) who became first batsman from his country to score a century in the World Cup. He forged a 141-run partnership with Mushfiqur Rahim (89).

For Bangladesh, medium pacers Rubel Hossain (4-53), skipper Moshrafe Mortaza (2-48) and Taskin Ahmed (2-59) did all the damage against the much-vaunted English team.

England were going good till the 26th over when they were 120/2 with experienced Bell holding the innings together but he edged the first ball of the 27th over to wicketkeeper Rahim off Hossain.

The left-arm seamer dealt a huge blow when he got rid of skipper Eoin Morgan (0) three deliveries later to reduce the opponents to 121/4 and pegged them back.

Afterwards, Buttler and Woakes exercised damage control and brought England into contention with a 75-run stand. They pushed their team to 238/6 till the fourth ball of the 46th over.

But with a mounting required run rate, it was a tall ask for them and they lost their wickets in the process. Chris Jordan (0) was run out. Hossain returned to dismiss Stuart Broad (9) and James Anderson (0) to win it by 15 runs and triggered a wild celebration in the Bangladesh camp.

Earlier, coming at the fall of two wickets for just eight runs in the third over, Mahumudullah held the innings together and scored his maiden One-Day International (ODI) ton. When two more wickets tumbled with his team at 99/4 in the 22nd over, he was joined by Rahim.

The right-hander duo not only wriggled the team out of trouble but also enabled the team to post a competitive total despite a poor start.

At the start, pacer Anderson starred for England. The right-armer forced an edge from left-hander Imrul Kayes (2) to Jordan at third slip. Opener Tamim Iqbal (2) could only managed an edge to Root at second slip in Anderson’s second over.

It left the Asian side reeling at 8/2 and in walked Mahmudullah. He joined Saumya Sarkar (40) and they exercised a damage control with a 86-run stand.

With five fours and a six, Sarkar was looking good before he edged a Jordan delivery to wicketkeeper Buttler in the 21st over.

In the next over, experienced Shakib Al Hasan (2) perished against off-spinner Moeen Ali to leave his side in deep waters at 99/4.

Former skipper Rahim joined Mahmudullah and the duo kept the scoreboard ticking. They upped the ante in the later part of their partnership. Rahim was more aggressive as he hit eight fours and a six in the 77 balls he faced.

The 29-year-old Mahumudullah hit seven fours and a six to notch up his 100 in 131 balls. He was run out by a direct throw from Chris Woakes.

Anderson and Jordan picked two wickets apiece, while Chris Broad and Ali took a wicket each.