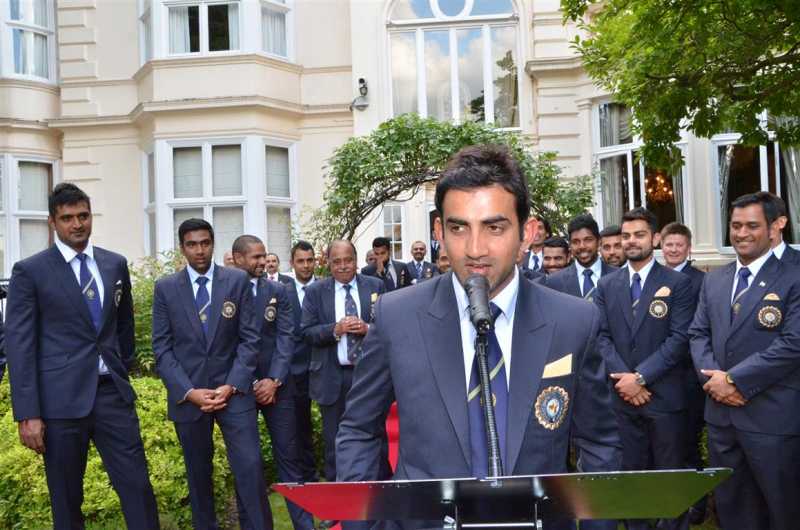 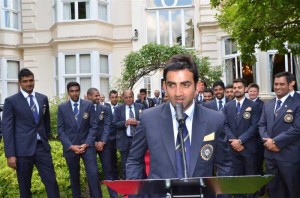 A fractious atmosphere between the two sides can be expected when India confront England in the second Test of a best-of-five series at Lord’s here Thursday.

This, because a hearing and ruling by an International Cricket Council (ICC) judicial commissioner could be in the offing following an accusation by the Indian team manager Sunil Dev that England pace bowler James Anderson abused and pushed the Indian all-rounder Ravindra Jadeja inside the pavilion on the second day of the first test at Trent Bridge, Nottingham.

The fact that Anderson had been charged with a Level 3 offence under the conduct rules of ICC was confirmed shortly before the Indian cricketers set off from their south-west London hotel to attend a dinner and reception for them hosted by the Indian High Commissioner in the United Kingdom Ranjan Mathai. Nobody at this event – other than the tourists – appeared to be aware of the development.

An ICC lawyer attempted to mediate, but to no avail. In its process, the England & Wales Cricket Board’s need to respond to Dev’s allegation before a hearing can take place.

Dev said the Indian captain Mahendra Dhoni was among those who complained to him about the alleged incident. The ECB described it as a “minor incident” and “pledged their total support” for Anderson. It also indicated it intention to file a complaint against Jadeja.

This is the first time since the Indian off-spinner Harbhajan Singh was accused of making a racist comment against the Australian batsman Andrew Symonds at Sydney in 2008 that a cricketer is suspected of having committed a Level 3 offence.

In the Anglo-Saxon culture sportsmen can be abusive and aggressive on the field of play, but forget and forgive over a pint at the end of the day. The practice is, arguably, out of place in the modern world; indeed frowned upon by the ICC.

At the same time, a few nouveau riche Indian cricketers are misguided on how to stand up to misbehaviour. Sachin Tendulkar, Rahul David and VVS Laxman were hardly ever abused by anyone and rarely reacted either.

While foul language by bowlers – and Ishant Sharma was not above guilt in this respect at Trent Bridge – is unacceptable, provocation cannot be condoned.

The unseemly spat has distracted attention from the main business, an important test match and series in which much is at stake for both participants after an undecided opening encounter.

Although these days Lord’s generally produces a slow wicket, it is unlikely to be as moribund at the track at Nottingham surprisingly was.

Indeed, the pitch could be grassy and a bit moist to start with, thus lending an advantage to swing and seam in the first two hours. But with the temperature forecast to be 30 degrees centigrade Thursday – a record for this year – it could thereafter dry out into a good batting wicket.

If India win the toss, they need to bat first. The English bowlers are more tired than their Indian counterparts after two strenuous outings at Nottingham compared to only one by the Indians.

An ageing Anderson and an injury-prone Stuart Broad, their two leading bowlers, could falter in the heat if a third innings in the field is thrust upon them in nine days.

As England practiced in the morning and India in the afternoon on Wednesday at what is known as the “nursery” at Lord’s, the smart money was on both sides retaining their Trent Bridge XIs.

To drop Stuart Binny after his match-saving 78 would be unjust; but he is under pressure to prove himself as a medium pacer. To exclude Jadeja could be mistaken as bowing to an ECB complaint. England have summoned left-arm spinner Simon Kerrigan into their squad; but are unlikely to risk catapulting him into their final line-up.

India now have an unenviable away record of 15 tests without a win since the spring of 2011. Their record at Lord’s is one of 11 defeats, four draws and one victory (in 1986).

However, it would be astonishing if Dhoni didn’t collect two more scalps behind the stumps, thereby eclipsing Alan Knott’s all-time record of 54 dismissals in India-England tests.