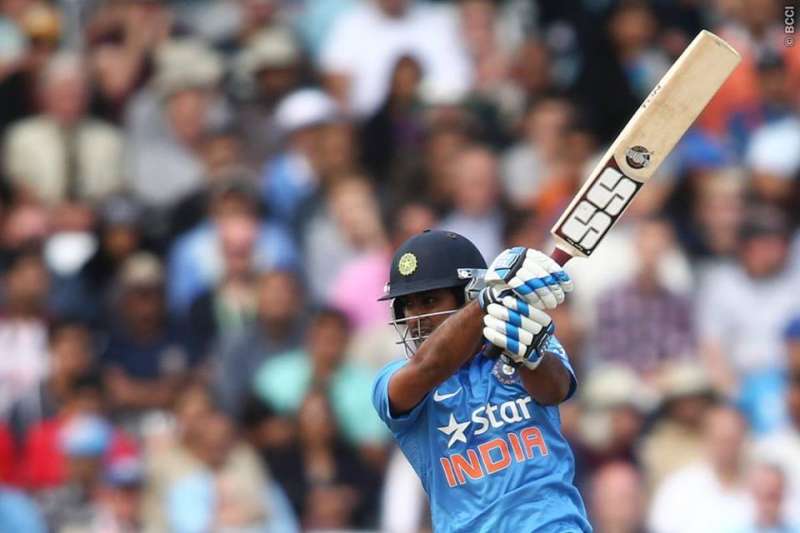 India beat England by six wickets in the third One-Day International (ODI) at Trent Bridge here Saturday, taking an unassailable 2-0 lead in the five-match series. After the first ODI was washed out, India maintained their superiority in the shorter format over England for a successive win.Spinners gave India the advantage, bowling out the hosts for 227 in 50 overs, and a clinical batting performance saw the visitors chase down the target with 42 balls to spare.Ambati Rayudu’s responsible 64 not out off 78 balls was the top score of the day.Rayudu was well supported by Ajinkya Rahane (45), who opened the batting in place of the injured Rohit Sharma, Virat Kohli (40) and Suresh Raina (42), the centurion from the last match.Rahane was preferred for the opening position over Murali Vijay, who was roped into the squad for Rohit Sharma. The Mumbai batsman sustained a fractured middle finger during the second ODI and has been ruled out for the rest of the tour.Shikhar Dhawan’s (16) torrid time with the bat continued, falling victim to Chris Woakes in the eighth over.Rahane, Kohli and Raina all got starts but failed to convert them into big scores. All three, however, looked in great touch and in complete control till they were dismissed.Earlier, England put into bat got off to a fine start placed at 75 for no loss, with Alastair Cook (44) finding some ODI form and Alex Hales (42) providing some of the dynamic hitting he was picked for.India got the break in most unlikely of circumstances when part-time spinners Raina and Rayudu were brought in to bowl.Hales top-edged a sweep as Raina struck in his first over, before Cook was stumped to give Rayudu his first international wicket.With the ball gripping and turning, Indian spinners strangled the English batsmen. The pressure paid off as Ravindra Jadeja got one to spin big, beating Joe Root’s (2) outside edge and Dhoni pulled off another stumping.Ravichandran Ashwin wasn’t to be left behind and struck five overs later with Eoin Morgan (10) caught behind.From 82 for no loss, England added just 100 more runs and lost eight wickets in the process.Jos Buttler (42) played a valiant hand that gave England some key runs down the order but Ashwin proved to be too good before the wicketkeeper batsman could do any real damage.