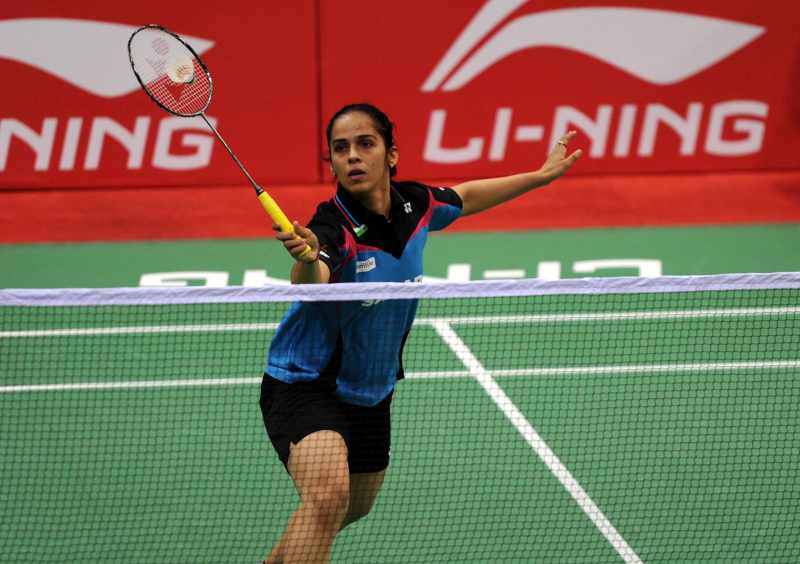 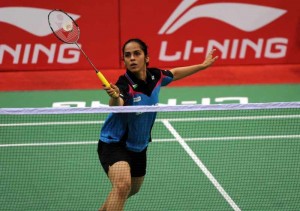 Indian women got off to a fantastic start by winning their opening Uber Cup clash 3-0 against Canada but the men dismally lost their Thomas Cup tie 1-4 to Malaysia on the first day of the prestigious tournaments at the Siri Fort Sports Complex here Sunday.

With the help of Saina Nehwal, P.V. Sindhu and the pair of Jwala Gutta and Ashwini Ponnappa, India took an unassailable 3-0 lead over Canada in the tournament opener.

“My rhythm was good and strokes were coming out well but we have tougher opponents ahead,” Saina said.

Later, Jwala and Ashwini also eased past Bruce Alex and Phyllis Chan 21-11, 21-12 in the first doubles match to clinch the tie for the hosts.

Earlier in the Thomas Cup, the hosts lost the first four matches but R.M.V. Gurusaidutt managed to avoid a whitewash by winning the third singles.

World No.18 Kidambi Srikanth expectedly went down to World No.1 Lee Chong Wei 19-21, 12-21 in the first singles. The two-time Olympic silver medallist toyed with the Indian youngster before pulling off the encounter to take a 3-0 lead in career meetings.

The match was followed by the first doubles where B. Sumeet Reddy and Manu Attri’s 14-21, 11-21 loss in half an hour to Boon Heong Tan and Thien How Hoon gave Malaysia a decisive 2-0 lead.

A lot depended on captain Parupalli Kashyap in the do or die match but the Hyderabadi failed to live up to the expectations, losing the second singles 13-21, 6-21 to Wei Feng Chong in half an hour to give Malaysia the victory.

“I was not able to play my game. He was better prepared. I need to sit with my coach and discuss about my game. My performance was not up to the mark.A I started well but then could not keep up the momentum,” said Kashyap.

India next play South Korea Monday, who beat Germany 3-2 in a tough encounter.