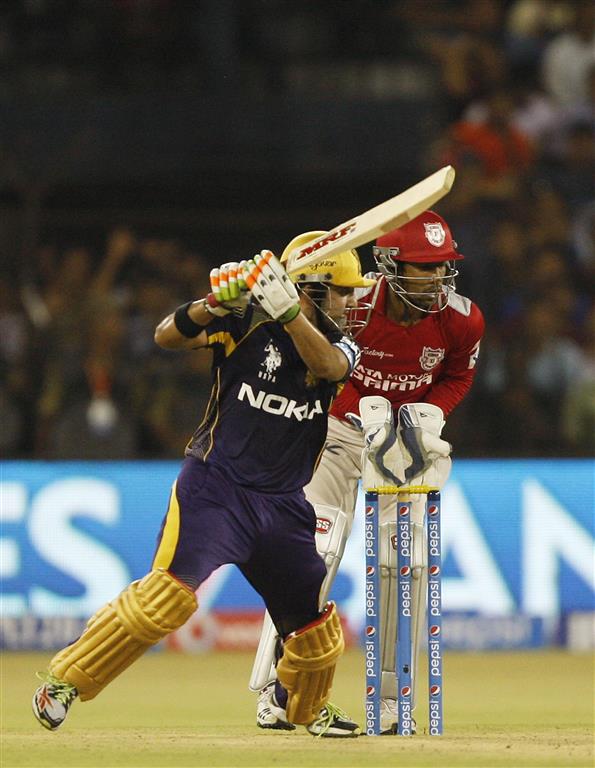 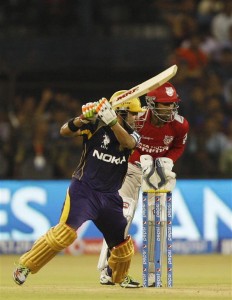 Chasing a modest target of 150, the Kolkata outfit reached home comfortably in 18 overs. Skipper Gautam Gambhir played the anchor’s role with a match-winning innings of 63 not out.

Earlier, Kings XI scored 149/8 after being put in to bat. They were given a rollicking start by opener Virender Sehwag, who was the highest scorer of the match with a brilliant knock of 72 off 50 balls. The ‘Nawab of Najafgarh’ slammed 11 exquisite boundaries including a huge six during his innings.

At 87/2 Punjab seemed well on their way to another imposing score but leg spinner Piyush Chawla removed Australia’s Glenn Maxwell (14) and the dangerous Sehwag to put the brakes on the scoring rate.

South African David Miller (13) couldn’t strike a partnership and captain George Bailey (12 not out) failed to produce the whirlwind finish he has often provided as Punjab managed just 33 runs off the final five overs.

The team kept losing wickets at regular intervals and the fact that no one got going apart from Sehwag, with the next highest score of 15 by wicketkeeper Wriddhiman Saha, saw Kings XI falter towards the end.

Chawla was in brilliant form clinching three wickets for only 19 from his four overs and was well supported by pacer Morne Morkel (2/20). Umesh Yadav and Sunil Narine also picked a wicket each.

In reply, openers Robin Uthappa and Gambhir gave the Knight Riders the start they needed, striking a 68-run opening wicket partnership. Uthappa was more aggressive of the two, slamming 46 off 28 deliveries with eight fours and a six.

After Uthappa got out, Gambhir joined hands with Manish Pandey and the duo scored the all-important unbeaten 82-run second wicket partnership to take their side home.

After a dismal start in IPL-7, Gambhir has come out well, scoring his third successive half-century of the tournament. The captain played a responsible 45-ball knock which included seven fours and was well supported by Pandey, who remained unbeaten on 35.