Argentine star Leo Messi took his time to get into the game but was the architect of FC Barcelona’s excellent 3-0 win over Juventus to kick off their Champions League campaign….reports Asian Lite News 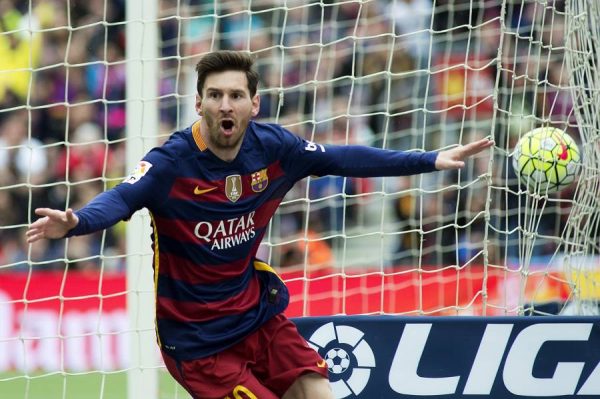 Messi scored the first and third goals on Tuesday and set up Ivan Rakitic for the second on in a game in which Ousmane Dembele made his first start after becoming the club’s record signing, reports Xinhua news agency.

Last season saw Juventus come to defend a 3-0 lead in the quarter-finals of the competition, but this time around, although they were forced onto the back foot by Barca, they also had chances of their own with Di Scoglio forcing a fingertip save from Ter Stegen in the Barca goal, before he was called into action again to deny Pjanic.

Luis Suarez forced a good save from Gianluigi Buffon after a Messi free kick into the defensive wall, while Dembele shot just wide under pressure from the defence.

Messi had been closed down well by the Italians, but his incredible start to the season continued at the start of injury time when he scored the opening goal of the game after exchanging passes with Suarez and beating Buffon with a left foot shot into the corner.

The Argentinean hit the post with a shot from outside the Juventus penalty area early in the second half and after being booked after asking for a yellow card after receiving a foul, he helped set up Barca’s second of the night.

Messi ran into the Juve area and although his low cross was blocked, the ball ran to Rakitic to score from 15 yards out before forcing another save from Buffon from outside of the penalty area.

He then scored Barca’s third goal of the night after collecting the ball outside of the Juventus area, dribbling past two defenders and then fooling Buffon with a shot into the bottom corner of the net to assure the win.