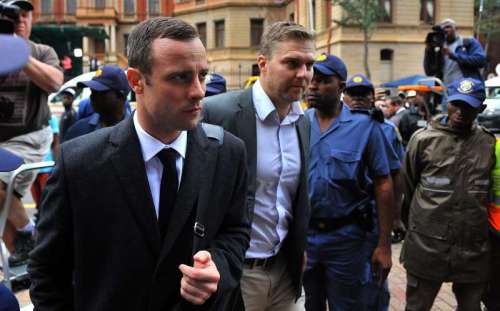 Olympian Oscar Pistorius will come to know Friday if a court in Pretoria finds him guilty of culpable homicide.

Pistorius has denied the murder charges and said he shot Stenkamp, mistaking her for an intruder who entered his house through a toilet window.

The North Gauteng High Court will give its judgment.

Judge Thokozile Masipa Thursday acquitted Pistorius of murder charges during the first half of her judgment.

However, Masipa found that Pistorius was negligent when he fired four shots into a toilet cubicle, killing Steenkamp.

Masipa adjourned the court proceedings before dealing with the matter whether he was guilty of culpable homicide.

Pistorius pleaded not guilty of the murder charge, and of three firearm-related charges.