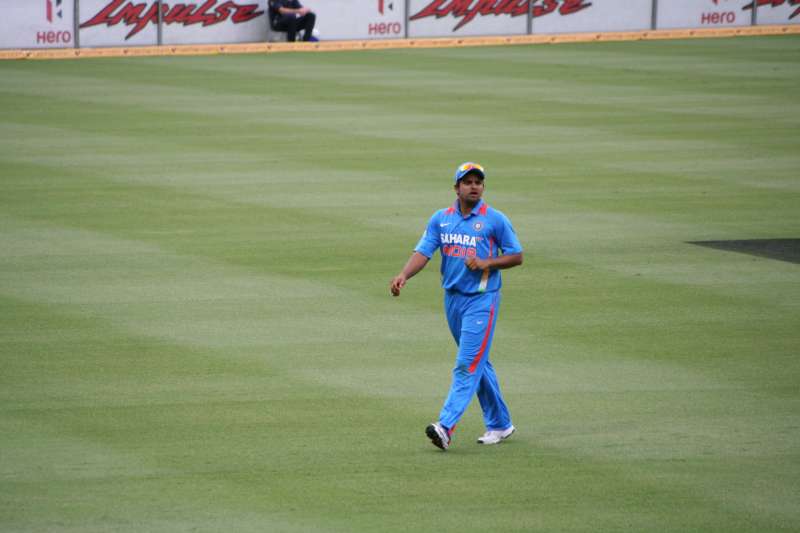 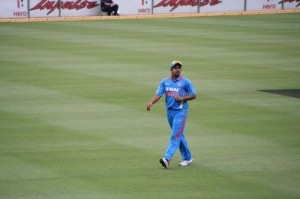 Suresh Raina got his maiden century outside the subcontinent to inspire India to a 133-run win via the Duckworth Lewis method against England in the second ODI and take a 1-0 lead in the five-match series in Cardiff. Raina’s quickfire 75-ball 100 took India to a challenging 304 for six in 50 overs here at Sophia Gardens. The first ODI was washed out without a ball being bowled due to rain.

Putting behind the 1-3 humiliating loss in the Test series, Indian batsmen put on an inspiring show as they came out all guns blazing. Opening batsman Rohit Sharma and skipper Mahendra Singh Dhoni also contributed with 52 each.

A rain delay then gave England a revised target of 295 runs in 47 overs.

Indian spinners, Ravindra Jadeja (4/28), Ravichandran Ashwin (2/38), Suresh Raina (1/12), then turned the screws on the English batsmen and bowled them out for 161 runs in 38.1 overs. Pacer Mohammed Shami got two for 32.
Debutant Alex Hales’s 40 off 63 balls was the highlight of the innings. Eoin Morgan (28), Ben Stokes (23), Chris Woakes (23) and James Tredwell (10) were the other run contributors.
Put in to bat by the England captain, India made a cautious start after opener Shikhar Dhawan (11) and Virat Kohli fell in the eighth over at 19 for two. Both fell to pacer Chris Woakes, who was the most successful of the English bowlers with four for 52 while spinner James Tredwell got two for 42.
Dhawan had a difficult stay at the middle and was dismissed as he went for a drive and got a thin outside edge to wicketkeeper Jos Buttler. Kohli carried his poor form from the Tests into the ODI and was out three balls later as he charged Woakes only to find Cook at mid-off.
Rohit and Ajinkya Rahane (41) then put the innings on track with their 91-run stand for the third wicket that also set the stage for a charge by Raina and Dhoni.
Both Rohit and Rahane have had a poor run in the series but here they were determined to make up for the lost chances. They took their own time to settle down and also assured that boundaries kept flowing.
Rohit took 87 balls for his 52 and hit four fours and a six while Rahane took 47 balls for his 41 that also included four fours.
Just when it looked that the partnership was growing stronger, England found a wicket against the run of play with Rahane being stumped by Buttler off Tredwell.
Rohit became Tredwell’s second victim after the Mumbai batsman’s miscued shot found Woakes at long off.
It was then left to Raina and Dhoni to take India to a competitive total with their 144-run stand for the fifth wicket. Their partnership lasted 101 balls and the duo plundered the England bowling tactically.
Raina hit 12 fours and three sixes in his 75-ball knock. Having played a powerful knock, Raina suffered a soft dismissal as he gave himself some room to drive Woakes through the off-side but instead gave a simple catch to James Anderson at deep cover.
Woakes’ fourth victim was Dhoni, who struck six fours in his 51-ball knock and was bowled out after he tried to swing it down the legside. Ravindra Jadeja (9 not out), Ravichandran Ashwin (10 not out) then pushed the score past the 300-run mark.