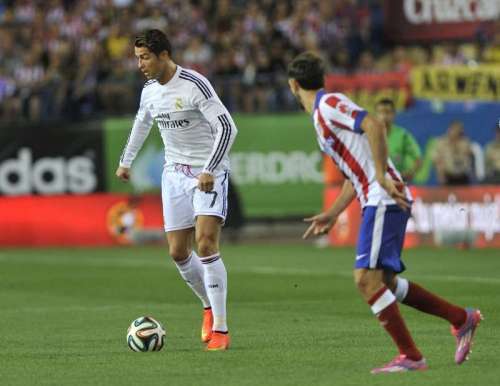 Real Madrid’s big victory Tuesday night lifted the confidence of coach Carlo Ancelotti and the fans after they lost two out of their first three matches in their domestic campaign, reports Xinhua.

The five goals of Real Madrid came from Gareth Bale, Cristiano Ronaldo, James Rodriguez, Karim Benzema and a Basel own-goal. The start of the match was relatively even but things started to go wrong for Basel when Suchy was unlucky to deflect a cross from Nacho Gonzalez, in the side replacing Alvaro Arbeloa, past his own keeper. Real Madrid got three goals in seven minutes after the 30th minute which ensured an easy victory for Ancelotti’s team.

Imbrahim Afellay scored Olympiakos’ second goal in the 31st minute only for Mario Mandzukic to pull a goal back for Atletico in the 38th. Mitroglou extended Olympiakos’ lead to 3-1 in the 73rd minute before Antoine Griezmann reduced the margin on 86 minutes for Atletico.

In Group B, Liverpool returned to Champions League with a 2-1 victory over Ludogotets Razgrad.