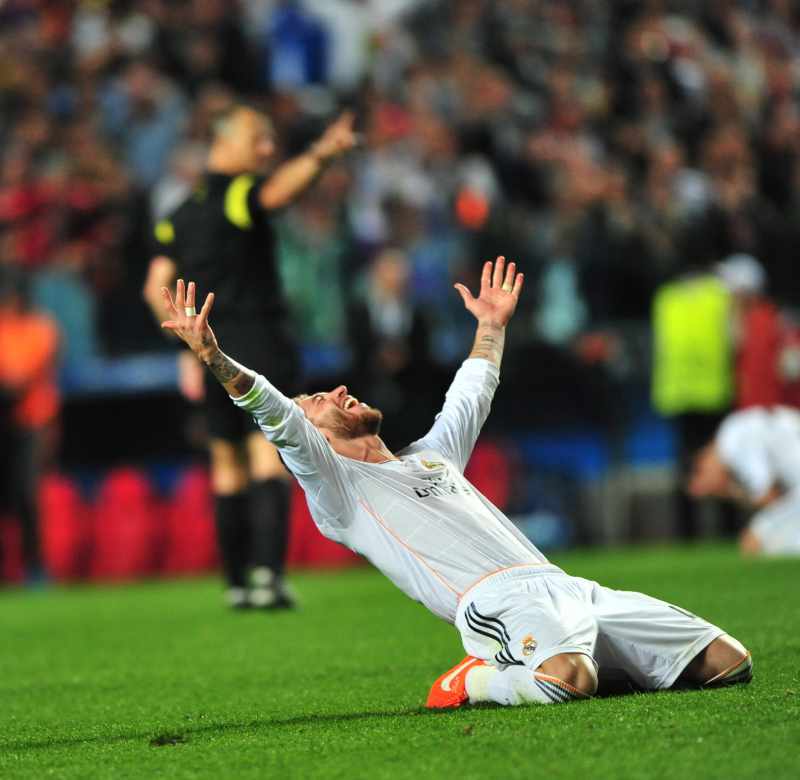 Godin put Atletico ahead in the 36th minute, with an effort from the penalty spot that looped over Casillas and went into the bottom-right corner of the net, Xinhua reported.

Sergio Ramos forced extra time and equalized in the 93rd minute with a dramatic header from the centre of the box, following a cross by Luka Modric.

Bale made it 2-1 in the 110th minute with a header that went into an unguarded net, Marcelo scored a third with a left-footed effort to the top right corner and Cristiano Ronaldo sealed the victory through a penalty kick.

Diego Costa’s hamstring in the ninth minute was jiggered and he was replaced by Adrian Lopez.

Gabi was penalised in the 22nd minute for stepping on Di Maria’s heels.

Cristiano Ronaldo almost scored in the 28th minute with a free-kick from 30 yards, his effort bouncing in front of Courtois before the goalkeeper managed to catch the ball.

Atletico have won this year’s Spanish league and the Europea league both in 2010 and 2012, but hadn’t been in the European Champions League Cup final for 40 years.

Real Madrid and Atletico had only met once in the European Cup, in 1959.

Real Madrid has won 102 league and cup games, while Atletico has won 46.

Over 60,000 Spanish fans flocked to the Portuguese capital to watch the match, one of the biggest derbies in history.