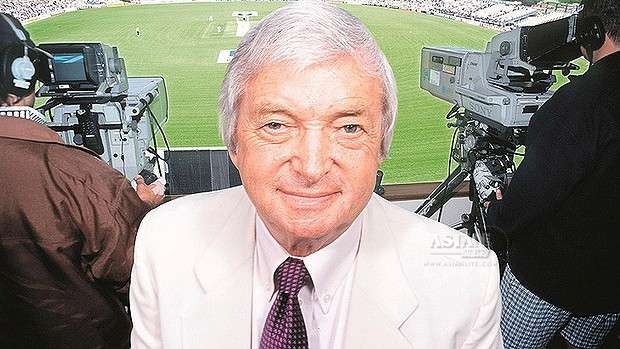 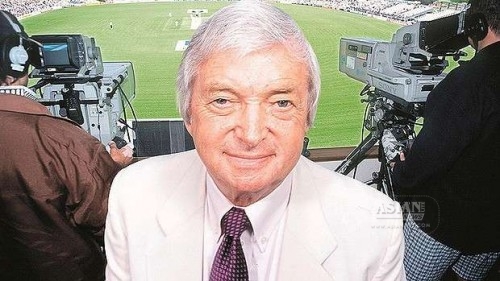 Richie Benaud, legendary Australian cricket captain who mesmerised generations of fans with his commentary on the game, died in Sydney on Thursday night, Cricket Australia said.

Benaud, 84, was an outstanding leg-spinner and aggressive batsman in his playing days.

He fought a long battle with skin cancer and had also suffered from the after-effects of a serious car accident near his home in Sydney’s suburb Coogee in late 2013.

Benaud retired in 1964 as Australia’s leading Test bowler with 248 scalps and with an enviable record of having never lost a series as captain.

Paying rich tributes to him, Cricket Australia said after legendary batsman Don Bradman, there has been no Australian player more famous than Benaud.

Benaud stood at the top of the game throughout his life, first as a record-breaking leg-spinner and captain, and then as cricket’s most famous – and most impersonated – broadcaster.

His most memorable day came when Australia and the West Indies shared Test cricket’s first tie at the Gabba in 1960-61. At tea, when pressed by selector Don Bradman, Benaud said: “We’re going for a win, of course.”

The result and the gripping series helped revitalise the Test format after a sombre period in the 1950s.

Australia never lost a series when Benaud was in charge, thanks to his aggressive, thoughtful leadership, which included a knack for switching the field shortly before a breakthrough.

He was in charge for 28 games, which was then a record, and was the country’s first skipper to win a series in Pakistan.

By 1960, he was working for the BBC and News of the World, and he joined Channel Nine for Kerry Packer’s World Series Cricket in 1977, anchoring the network’s coverage for decades.

His crisp style, wry humour, understated delivery, and array of jackets made him a favourite of the masses.

He scaled back his commitments in England after the 2005 Ashes series, declining to work for a subscription-television broadcaster but continued writing his Sunday column.

The 2013-14 summer was the first time when Benaud was missing from the commentary box after decades.

He had crashed his vintage 1963 Sunbeam Alpine into a brick garden wall whilst driving in the Coogee area of Sydney the previous October and recovered slowly from a cracked sternum and rib injuries.