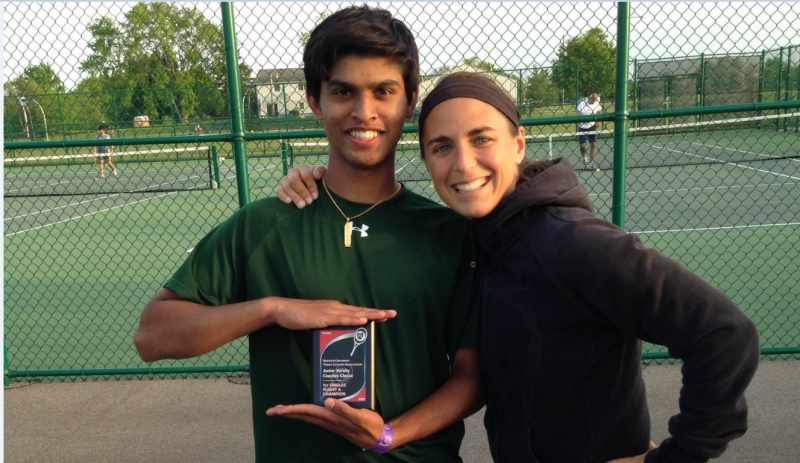 The Sports Awards Night was organised on May 20th, 2014. Coach Linsey Farroh presented the Coach’s Award to Rohan D’Souza.
She said : “Rohan kept his cool even when faced with some opponents who were borderline outrageous on court. He was one of the very good Captains who was a very good role model for the younger boys on the team….a pleasure to have on the team”.
Sycamore High School was awarded the 1st place trophy in the Greater Cincinnati Tennis Coaches Association at Junior Varsity Coaches Classic.
Rohan 15, the rising tennis player, a sophomore at Sycamore High School is the son of Harold and Dancy D’Souza from Cincinnati, Ohio. 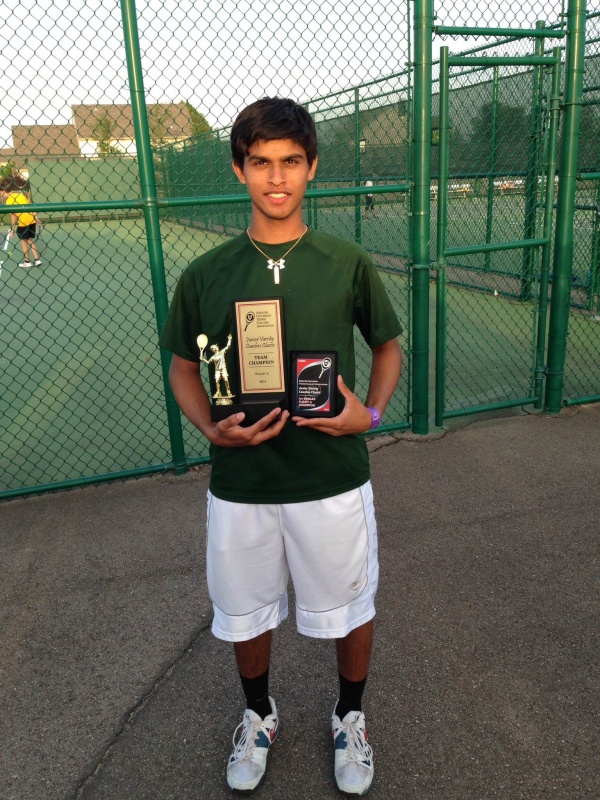