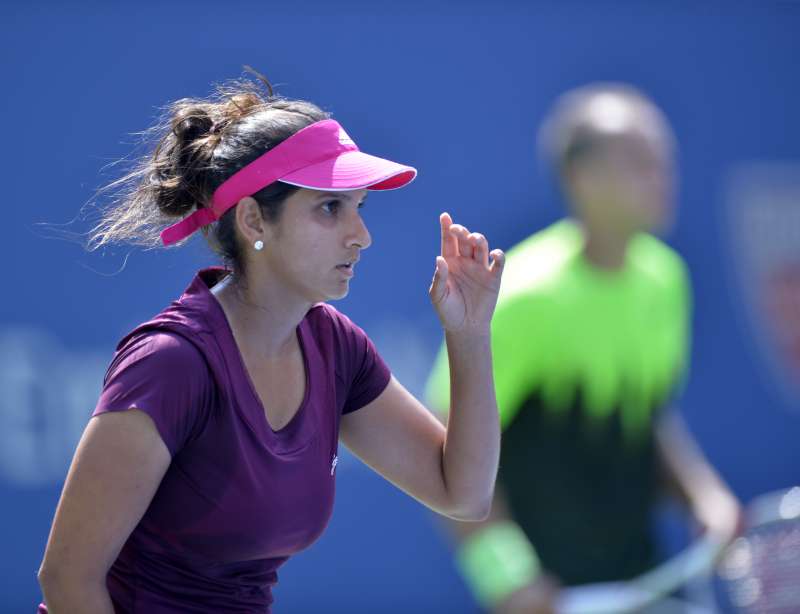 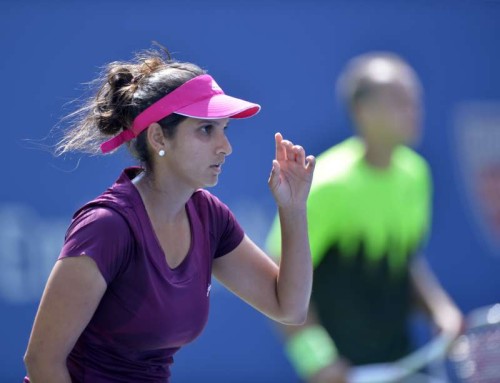 The No.1 seeded Sania and Martina beat 6-4, 1-6, 10-7 Alla Kudryavtseva and Anastasia Pavlyuchenkova in a rain-affected semi-final.

If they win the title, Sania will be the new World No.1 tennis player in women’s doubles, the first Indian woman ever to reach the top spot.

Waiting for them in the final are Casey Dellacqua and Darija Jurak, who got past Marina Erakovic and Andrea Petkovic in the second doubles semi-final 6-4, 1-6, 10-5.

The Indo-Swiss pair were up 6-4, 0-2, 30-all, when rain started – and once the rain interruption was over, their opponents Alla Kudryavtseva and Anastasia Pavlyuchenkova began playing well.

“It’s never easy to play with the rain delay,” Sania said after the match.

“All credit to them, though – they came out more aggressive than us, and they won six straight points, it was like they were all over the place hitting winners from everywhere. But we knew we had to keep believing.”

Kudryavtseva and Pavlyuchenkova cruised through the rest of that set, 6-1, and came out firing again in the match tie-break, going up 4-2 and, after Sania and Martina caught up, staying even to 7-all.

But that’s when Sania and Martina dug deep to win three points in a row to close out the match.

“One of our best qualities as a pair is that no matter how we’re playing, we keep fighting,” Mirza said.

“We’ve had matches where we haven’t played our best, and we still come out winning, and that really helps. We keep trying and we keep believing in our abilities. And that’s really what we did today.”

Sania and Martina have now won 13 successive matches and are yet to lose a match as a team.

By winning their quarter-final match on Friday they already secured No.1 spot on the doubles leaderboard for the season-ending Women’s Tennis Association (WTA) finals in Singapore to be held from October 25 to November 1.

Sania said she is trying not to think too much about the rankings despite being on the verge of creating history.

“You try not to think about it, but we’re human, and I’m obviously thinking about it,” Sania said.

“But I’m trying to block it out and play every point. That’s what we’re trying to do.”