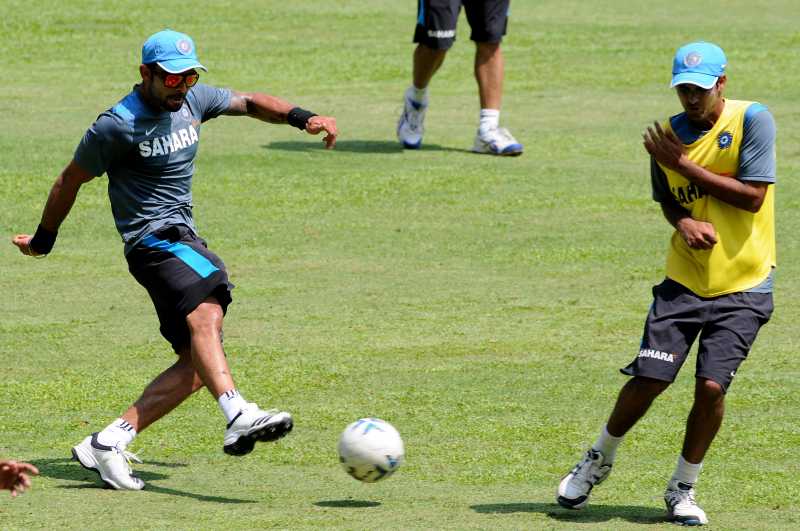 Selectors in most sports insist they are invariably correct while picking teams. Sometimes they take the rankings into account and on other occasions they argue about the potential of a player for picking him or her — it is a case of heads they win, tails you lose.

Say 20 years ago the courts used to refuse to sit in judgment over matters of selection, saying they were not experts, unless, of course a player was dropped “unfairly” for reasons other than performance.
In most cases, sportspersons knock the court door alleging nepotism and favouritism by coach or a federation official. Manipulation is so easy that the officials will always have a ready explanation for selecting or not selecting a player.
What takes the cake is an official changing a south Indian surname to a rhyming north Indian name and sending out the media handout with his sons name included in the team. The selectors did not have the courage to protest. The senior official even brazenly stated that if he did not help his son who else will!
Tennis selection, be it Davis Cup, Fed Cup, Olympics, Asian Games and even the support staff rarely goes unquestioned.
The latest controversy is over the selection of the men’s and women’s teams for the Asian Games, specifically the selection of Sanam Singh and Shweta Rana.
In a bizarre turn of events, Shweta has been brought into the squad on her representation that she is the fifth-ranked played in the country and that she should have been an automatic selection and not the originally selected Snehadevi Reddy of Tamil Nadu.
If the rankings are to be the basis for selection of a player then there is no need for a committee to select the team, even an office assistant can take out a rankings printout and list the players.
The selectors did an amazing somersault by bringing in Shweta at the expense of Snehadevi in the six-member Asian Games squad.
Chief selector Anil Dhupar glibly justified the flip flop saying Snehadevi was selected as they thought it would be encouraging for a junior and now the selectors have come to know that Snehadevi is not ranked because she has turned pro recently!
He further tried to justify the change saying that Snehadevi lost in the qualifying event of the Bangalore ITF women’s tournament, but he conveniently forgot to mention that the Chennai girl was a semi-finalist in Delhi and is the reigning Asian junior champion.
The chief selector’s letter to Snehadevi rubs it in when it says: “We sincerely hope you will not feel discouraged and will continue to put in your best efforts to become a leading player in world tennis.”
The question to be asked of AITA is whether Shweta’s proximity to the powers that be, being a Delhi girl, tilted the scales in her favour or is it AITA’s pathological dislike for the Tamil Nadu Tennis Association’s abrasive, outspoken vice-president Karthi Chidambaram.
Karthi has had serious run-ins with the Indian tennis czar Anil Khanna and the two seldom miss an opportunity to snipe at each other.
Predictably, Karti took on Dhupar, questioning his tennis credentials to talk about Snehadevi’s competence when he has not played any competitive tennis.
Karthi goes on to say that an international player should be heading the selection committee. But what he did not ask is whether all the other selectors agreed with the chairman’s decision?
Like most federations, the selection committee meetings are a sham. In this case, only one Delhi-based selector Balram Singh and Davis Cup coach Zeeshan Ali were present. Though it is said the other three selectors — former Davis Cuppers S.P. Misra, Nandan Bal and Rohit Rajpal — were consulted, one can safely assume that the three have only been informed about the decision.
The minutes of the meeting will be sent to them and they will sign the papers.
Karthi is livid with Dhupar’s ranking logic in the case of Snehadevi, pointing out that three higher-ranked Tamil Nadu players had not been considered for selection while preferring the lower-ranked Sanam for the Asian Games men’s team. He says his request for reconsideration was ignored whereas Shweta was picked on request.
Dhupar again, without batting an eyelid, said Sanam was selected because he is the defending doubles gold medallist — whatever be his current form!