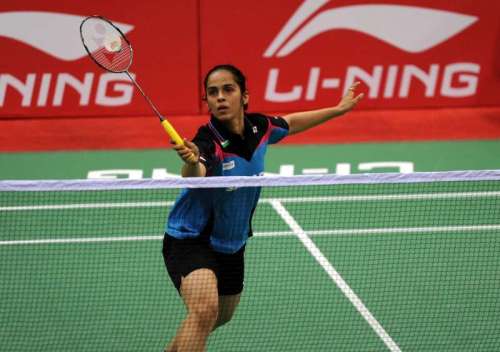 Two bronze medals — and the assurance of at least two more medals from squash — summed up India’s showing on the second day of the 17th Asian Games in Incheon.

Jitu Rai failed to add a second individual medal, but did help the men’s 10m Pistol team to add a bronze to India’s kitty.

The women’s badminton team also had to settle for the bronze medal but it finally ended India’s 28-year wait for a medal from the sport.

That brought India’s tally to one gold and three bronze for two days.

On the squash courts, Dipika Pallikal, who had threatened to skip the Asian Games following a draw that pitted her against the more fancied teammate Joshana Chinnappa in the quarters, marked her 23rd birthday with a win that made her the first Indian woman squash player to secure a medal at Asian Games.

Saurav Ghosal who has figured on the podium last two Asian Games made it three-in-a-row but was looking forward to changing the colour of medal as he is the top seed.

In badminton, though World No.7 Saina Nehwal gave India a good start by winning the first singles, her compatriots went on to lose the next three ties for the team to go down 1-3 in the last-four clash against South Korea.

This was India’s eighth bronze at Asiad badminton after having claimed one in 1974 Tehran, five in 1982 New Delhi and one more in 1986 Seoul.

It was also India’s second ever medal in women’s team event after clinching a bronze 32 years ago at home. India have never won an Asiad silver or gold from the discipline.

It was going fine for India when Saina continued her good run to overcame World No.4 Ji Hyun Sung 21-12, 10-21, 21-9 in 58 minutes. Though Saina had a 4-1 record before their encounter, the South Korean had won their immediately previous contest

Hopes were high from double World Championship bronze medallist P.V. Sindhu when she took on World No.6 Yeon Ju Bae but the South Korean girl, with the vociferous support of the home crowd, delivered a brilliant performance to steal the match away from the Indian.

Though the tall and lanky Indian won the first game 21-14, Yeon came back strongly to clinch the marathon one hour and 19 minutes contest by taking the next two games 21-18, 21-13.

Thereon, it was too much to ask from the doubles combine of N. Sikki Reddy and Pradnya Gadre and P.C. Thulasi in the third singles to defeat much higher-ranked opponents — they went on to lose their respective matches, easing the way for the hosts to reach the final.

Earlier in the day, Rai spearheaded India’s 10-metre air pistol team to clinch the bronze medal but missed out on an individual medal, finishing fifth, at the Ongnyeon International Shooting Range here.

Trap shooting exponents Manavjit Singh Sandhu, Mansher Singh and Kynan Chenai turned in a disappointing show as none of them could qualify for the final round with the team finishing sixth at the Gyeonggido Shooting Range.

A day after winning the gold medal in the 50-metre pistol event, Rai continued his inspiring form to lead the men’s team, also comprising Samresh Jung and Prakash Nanjappa, to give India its second bronze from the sport. Both India and China were tied on 1,743 points but China clinched the silver on account of an extra x.

Rai’s compatriots Jung narrowly missed out after he finished ninth while Nanjappa finished 14th in the qualifying round.

Elsewhere, the men’s hockey team started its campaign with a 8-0 thrashing of Sri Lanka while the women footballers finished their group stage with a 0-10 thrashing from Thailand.