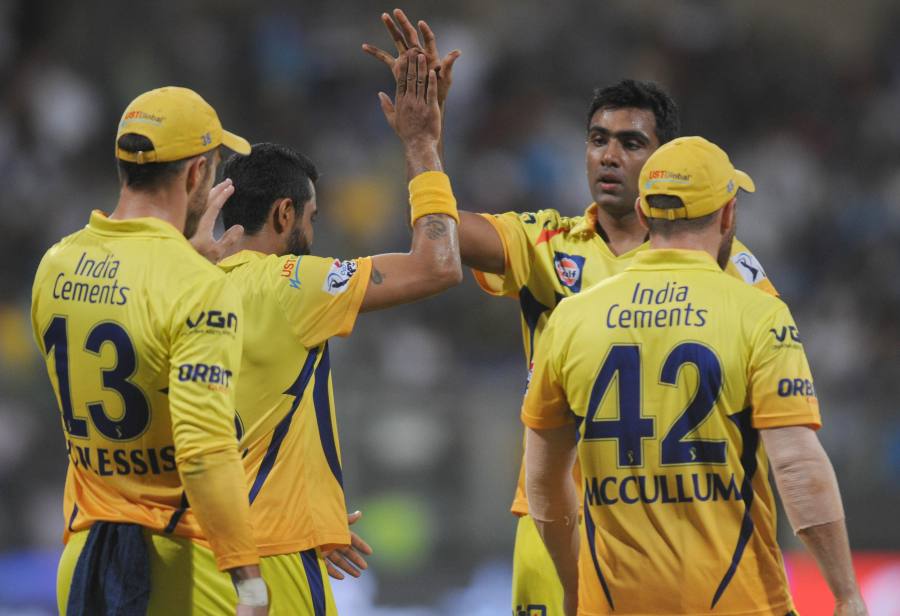 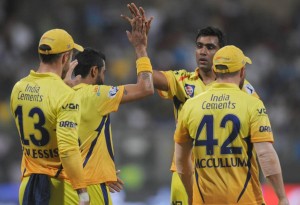 Chennai Super Kings consolidated their position at the top of the table with an exciting four-wicket win over defending champions Mumbai Indians in the Indian Premier League ( IPL) at the Wankhede Stadium here Saturday.

With the win, Super Kings have 14 points, equal with Kings XI Punjab, but were second on the basis of run rate. This was also Super Kings’ first win at the Wankhede.

For Mumbai Indians, it was a tough loss. Lasith Malinga (2/15) got them back into the match with his double strikes, removing Ravindra Jadeja (6) and Mithun Manhas (1) in the penultimate over that left Super Kings needing 11 runs in the last six balls while chasing a target of 158.

Mahendra Singh Dhoni kept his cool with an unbeaten 22 off 12 balls to take the team home safely as Super Kings made 160 for six with three balls to spare. Dhoni finished off the match with a six and a four to leave the Mumbai Indians a frustrated lot.

But the credit must go to Dwayne Smith, who kept the Super Kings on course with his blistering 57 off 51 balls hitting five fours and three sixes. Smith was also adjudged as Man of the Match.

Though Brendon McCullum (13) and Suresh Raina (19) were out, it was the 63-run stand between Smith and Faf du Plesis (31) that kept the scoreboard moving. While Smith ensured that the boundaries kept flowing, Du Plesis was happy to rotate the strike.

Smith was caught in the deep by Lendl Simmons, who juggled before pouching it safely off comeback man Praveen Kumar, who bowled well for his 2/31 from his four overs.

Smith’s dismissal triggered a mini collapse as Super Kings from a comfortable 119 for two were reduced to 147 for six. It was then left to Dhoni to finish off the task and he did it in style.

Earlier in the day, Mumbai Indian riding on a fine batting performance by Ambati Rayudu (59) and Lendl Simmons (38) made a modest 157 for six in 20 overs.

The duo added 61 runs for the second wicket while Rohit Sharma (19) and Corey Anderson ( 18 not out) were the two other who got to double figures. Anderson took just six balls and hit two massive sixes.

Offie Ravichandran Ashwin was again the pick of the Super Kings bowlers with his three for 30 from his four overs.