In an interview after winning 3-1 over German Borussia Dortmund in the UEFA Champions League, Ronaldo was asked about the renewal and said it was a question for Perez, reports Efe news agency.

“I’m not going to get involved in issues between the club and Cristiano Ronaldo, but I don’t think that there’s any problem between them,” Zidane said.

“I think that he’s fine,” Zidane said at a press conference prior to Sunday’s La Liga home match against Espanyol. “What he’s interested in is being out on the pitch, playing and scoring goals.”

For the third consecutive day, Bale has not taken part in the training sessions, as he had to do perform a specific routine to recover from a muscle discomfort he sustained against Borussia Dortmund.

“We’ll have to see whether he’s involved tomorrow,” Zidane said. “It’s muscle fatigue, but we don’t like to take any risks,” the coach added.

He said there was no issue between Madrid and the Welsh national team. “His state of fitness will determine whether he joins up with the national squad or not,” Zidande added with reference to Bale.

Wales is set to fight for a berth in the 2018 World Cup in the last two qualification matches; away against Georgia on October 6 before hosting Republic of Ireland three days later. 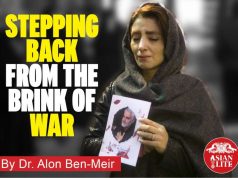