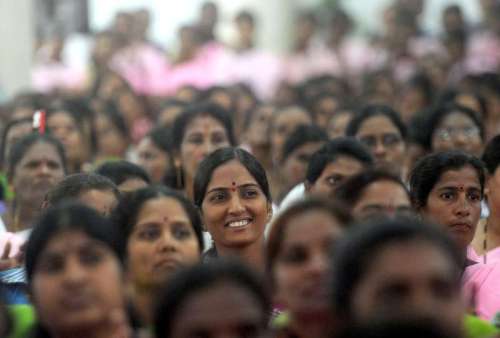 The Earth is going to have 11 billion people by 2100, with the rising population exacerbating global problems such as climate change, spread of infectious diseases and poverty, says a significant joint study by the United Nations and the University of Washington.

There is, however, a silver lining for the Indian subcontinent: Asia, now with a 4.4 billion population, is projected to peak at around five billion people in 2050 and then begin to decline.

“The consensus over the past 20 years or so was that world population, which is currently around seven billion, would go up to nine billion and level off or probably decline,” said Adrian Raftery, a professor of statistics and sociology at University of Washington.

“We found there is a 70 percent probability the world population will not stabilise in this century. Population, which had sort of fallen off the world’s agenda, remains a very important issue,” he added.

Most of the anticipated growth is in Africa, where population is projected to quadruple from around one billion today to four billion by the end of the 21st century.

“The main reason is that birth rates in sub-Saharan Africa have not been going down as fast as had been expected. There is an 80 percent chance that the population in Africa at the end of the century will be between 3.5 billion and 5.1 billion people,” Raftery pointed out.

Populations in North America, Europe, and Latin America and the Caribbean are projected to stay below one billion each.

The paper explains the most recent UN population data released in July.

World population projections are based mostly on two things: future life expectancy and fertility rates. Earlier techniques relied largely on expert opinion for how those trends were expected to change.

Earlier reports represented uncertainty by using scenarios in which women would have 0.5 children more or less than the experts’ forecast. That method, Raftery said, generates too great a range.

The new method used statistical models to narrow the range, finding an 80 percent probability that the population in 2100 will be between 9.6 billion and 12.3 billion, researchers maintained.

The research, supported by the US National Institute of Child Health and Human Development and Science Foundation Ireland, appeared in the journal Science.