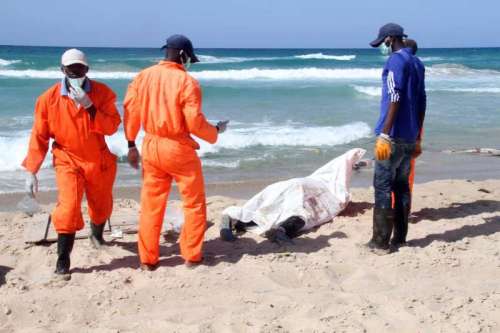 At least 400 migrants were feared dead after two boats carrying them capsized in the Mediterranean Sea near Malta, media reports said Sunday.

Three migrants, who said they were Palestinians and came from Egypt, were rescued and airlifted to Malta Sunday afternoon after an alert was raised Friday by a merchant ship which sighted two people in water and rescued them, Xinhua reported citing local media reports.

The rescue mission was launched by the Malta Rescue Coordination Centre (MRCC) in collaboration with several adjacent merchant vessels. A maritime patrol aircraft of the Armed Forces of Malta (AFM) and three Italian Coastguard and Navy aircrafts were also dispatched to conduct further searches in the area.

The survivors later told the rescuers that two boats carrying migrants capsized some 480 km southeast of Malta. The larger boat appears to have been carrying between 300 and 400 people, while the smaller one was carrying about 30.