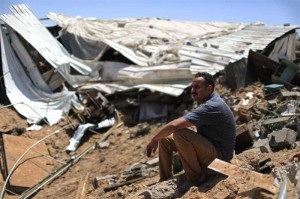 Palestinian President Mahmoud Abbas has called on Israel to immediately stop its airstrikes on the Gaza Strip.

Abbas Monday warned Israel of the dangers of escalation and tension, and called for the international community’s intervention, Xinhua reported.

“The Palestinian leadership is holding intensive and urgent contacts with Arab and countries and the West to stop the airstrikes,” Abbas said.

“The international community has to intervene or it will result in more destruction and instability,” Abbas added.

Nine Palestinians were killed Monday due to intensive Israeli airstrikes on the Gaza Strip.

Seven out of the nine victims were from Hamas movement.

Also Monday, Hamas’ military wing al-Qassam Brigades said in a statement that it fired dozens of rockets into Israel.

“Al-Qassam Brigades struck Israeli towns of Ashdod, Ashkelon and Netivot with dozens of rockets in response to the Zionist aggression,” the statement read.