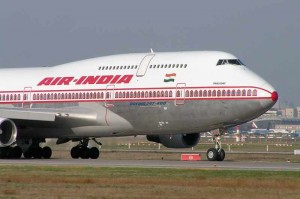 National carrier Air India is likely to be inducted into one of the largest interline networks of the world by Tuesday, a senior airline official said.

“A meeting of the board of the Star Alliance in London is going to take a call on a vote whether to induct Air India or not. We are awaiting the formal confirmation… our Chairman Rohit Nandan is also attending the meet,” a senior official with Air India said

“The decision will be formally confirmed on Tuesday.”

According to the official, most of the the minimum joining requirements (MJRs) for Air India’s entry into the alliance have been been completed including the information technology (IT) systems synchronisation.

Joining the alliance will bring in immediate benefits for Air India’s frequent fliers as they will be able to access lounges the world over and single ticket travel across airlines and other such facilities.

The arrangement is the largest among the three global interline unions with a total airline membership of 26 with 18,043 daily departures to 1,269 airports in 193 countries.

Air India has wanted to join Star Alliance ever since it was invited in 2007 as it entails benefits such as improved product offering, better service standards, access to new markets and premium customers and partnership with leading global carriers.

Formed in 1997, Star Alliance is a consortium of 26 airlines, including Lufthansa, Air Canada, Singapore Airlines, Thai Airways and Swiss, among other major airlines of the world.