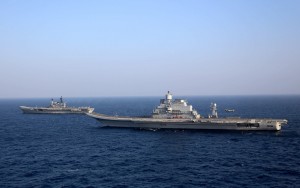 With the situation worsening in violence-hit Iraq, India Saturday said it has flown in officials to three Iraqi cities to help evacuate Indians wanting to return home and asserted that “all national assets are in readiness if required” to be deployed to help the 39 Indians in captivity in militant-held Mosul.

As Sunni militants led by the Islamic State of Iraq and Greater Syria (ISIS), also known as Islamic State of Iraq and the Levant (ISIL), closed in on capital Baghdad, external affairs ministry spokesperson Syed Akbaruddin said that officials from the ministry have been flown to Iraq to help in the evacuation of Indians from the cities of Najaf, Karbala and Basra “which are in relatively safe zones”.

The move comes as more and more Indians from among the 10,000 working in Iraq have said they want to return. The US-based Human Rights Watch, citing satellite imagery and photographs, said the Sunni militants have massacred around 190 Iraqi soldiers in mass executions over the past fortnight in Tikrit.

The spokesperson said the 39 Indian nationals held captive in Mosul are unharmed and being “provided for”. The ISIS militants have overrun Mosul and Tikrit, the hometown of late Iraqi dictator Saddam Hussein.

Asked what steps the government is taking to get the captured Indians freed, Akbaruddin said the government has “some leads” about the Indians and that it is a “national endeavour” to get them released.

“All national assets will be in readiness if required” to be deployed, he said amid reports that India has deployed a warship in the Persian Gulf to remain on standby. The step to deploy the warship was reportedly taken after a meeting of the crisis management group on Friday.

Akbaruddin said keeping in mind the situation, the government is moving “extremely carefully” and taking it “step by step”. To a question whether the government was in talks with regional neighbours for help in freeing the 39 Indians, he reiterated that the government was knocking on all doors – “the front doors, the back doors and the trap doors”.

On the 46 Indian nurses stranded in a Tikrit hospital, the spokesperson said they are safe and that Indian Ambassador Ajay Kumar had spoken to them Saturday. He said the nurses were “worried” in the wake of the fresh fighting that broke out in Tikrit as the Iraqi government forces tried to retake the city.

Around 100 Indian nationals continue to remain in the conflict zone in Iraq, mainly the northern areas that have been overrun by the militants. A few days ago 17 Indians had been evacuated by helicopter from the conflict zone of Samarra.

In Basra, Najaf and Karbala, officials of the Indian external affairs ministry have set up “mobile offices” to help Indian workers with evacuation, said the spokesperson. The Indian nationals would be helped with their travel documents, with their contractual agreements by speaking with their employers or sponsors, and also with air tickets, he added.

There are around 12 Indian officials now helping out with evacuation efforts of Indians in the safer zones of Iraq, while a core group is dealing with the issue of freeing the Indians in captivity and evacuating those in Tikrit. Twelve more MEA officials would be flying down over the next two days to bolster the evacuation effort.

External Affairs Minister Sushma Swaraj, who has been monitoring the situation in Iraq, has called a meeting of Indian heads of mission of the Gulf nations. The Indian ambassador in Iraq would not be attending as he is required to be present in Baghdad.