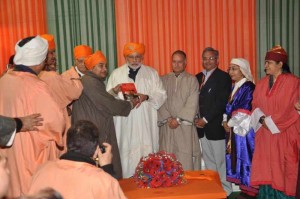 Amnesty International Tuesday welcomed the NDA government’s resolve to bring back the Kashmiri Pandits to the Kashmir Valley, but urged it to consult all communities before resettling about 150,000-200,000 displaced Pandits.

“Amnesty International-India welcomes the recent overtures made to rehabilitate families of an estimated 150,000 to 200,000 Kashmiri Pandits… urges the new government to take a comprehensive approach in implementing proposed policies, including consultations with all communities living in Jammu and Kashmir, and those looking to return there,” an Amnesty International India communique said.

The organisation also urged the Jammu and Kashmir state government to ensure religious minorities in the state are able to exercise their constitutionally guaranteed rights.

It also called for impartial and independent investigations in all cases of unlawful killings.

The National Democratic Alliance (NDA) government is contemplating to enhance the previous government’s rehabilitation package of Rs.7.5 lakh per family to Rs.20 lakh for Kashmiri Pandits.

The government plans to facilitate a dignified return for the Kashmiri Pandits who were internally displaced to camps in the Hindu-majority Jammu region, or relocated to Delhi after unrest and outbreak of insurgency in the state in the early 1990s.