The Lok Sabha speaker may have withdrawn her remarks about the Congress being indifferent towards “national interest” on the last day of parliament’s winter session on December 23, but to the people at large, the grandmotherly Sumitra Mahajan had a valid point.

The virtual washing out of the session, except for the passage of the juvenile justice bill and a few others, was yet again a sign of the Congress’s cussed tactics which have made it impervious to the infamy it is acquiring by its obstructionism.

The party has evidently convinced itself that it is motivated in its daily disruptions of parliamentary proceedings by the pursuit of worthy causes such as a union minister’s insensitive remarks about dalits or the Arunachal Pradesh governor’s allegedly unconstitutional conduct, not to mention the latest charges of dubious deals under Finance Minister Arun Jaitley’s tutelage (till 2013) of the Delhi and District Cricket Association (DDCA).

But the widespread perception is that the Congress’s sole objective is to stall the Narendra Modi government’s economic reforms lest these pro-development measures fulfil his “sabka saath, sabka vikas” (together, we’ll progress) plans and make the Congress sink deeper into the political mire.

Hence, parliament’s failure to yet again approve of the Goods and Services Tax (GST) despite the prime minister’s initiative to discuss the bill at his residence with Sonia Gandhi and Manmohan Singh since the tax is regarded as a major pro-reforms step. 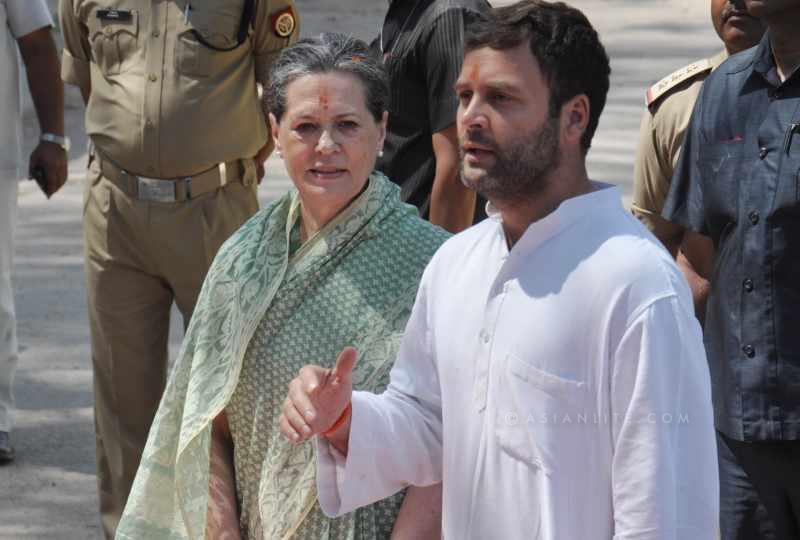 The Congress, of course, has long been intent on paying the BJP back in its own coin in view of the latter’s blockage of the GST when the Congress was in power. For a while, this tit-for-tat response might have passed muster with the general public, but no longer, because the putting up of the roadblocks has gone on for far too long.

Instead, such knee-jerk ripostes are now seen as a mean-minded method of hindering the country’s progress for, ultimately, it is not Modi who will suffer if the reforms are stalled but the nation as a whole.

Tactics of this kind are also self-destructive, for they show the Congress, and especially its leaders, in a poor light because of the evident spitefulness of its acts. Of the leaders, Sonia Gandhi and Rahul Gandhi reveal themselves as being unable to decide how far they should take their obstructionism since it is obviously not something which can be carried on indefinitely, session after session.

At the moment, the mother-and-son duo may have succeeded in confining Modi to a corner, as in a chess game, where he is held virtually immobile. His party’s electoral setbacks and the growing belief that he is unable to keep his promises about rapid growth have made him vulnerable to criticism. There is trouble in his party, too, as the DDCA affair has shown.

But, while a political opponent is allowed to take advantage of its adversary’s difficulties, it is incumbent upon a 130-year party to act with responsibility, especially where the country’s economic interests are concerned.

The Congress would not have been criticized if it had compelled the government to allot time to discuss the insensitivity of a minister towards dalits or a governor’s partisan role, but if at the same time it had also exhibited an eagerness to ensure the passage of a pro-reforms legislative measure, it would have shown maturity.

Since the Congress appears to be less interested in debates than in refusing to let parliament function, both mother and son are giving the impression of being ill-tempered spoilers who have been unable to digest their party’s massive defeat in last year’s general elections and cannot avoid acting with a sense of pique.

Their stranglehold on the feudal-minded party also prevents anyone else from telling them that they are making a mistake that can have damaging political consequences in the long run.

For the present, it is possible that the slight signs of recovery which the Congress has shown in Bihar and rural Gujarat have further emboldened the party’s president and vice president by convincing them that they are on the right track. It is also possible that anti-incumbency will hit the BJP in states like Rajasthan, Madhya Pradesh and Chhattisgarh in 2018, further persuading the Congress’s first family about the correctness of their tactic of holding parliament to ransom.

But it is not the successes in the states or in specific regions which give the true political picture, but a general election. The Congress’s focus should be on 2019, therefore, for the purpose of assessing how it will fare if it continues to block parliament.

If random television interviews with ordinary people are taken into account over the latest proposal to hike the salaries of MPs, nearly everyone believes in the “no work, no pay” principle.

As it is, politicians have earned a bad name because of the presence of people in their ranks with criminal records – 186 of the 543 elected Lok Sabha MPs have a dubious past, up from 158 in 2009.

If, on top of this, some of them are seen to be working against the national interest, popular faith in parliamentary politics will be difficult to sustain for long.