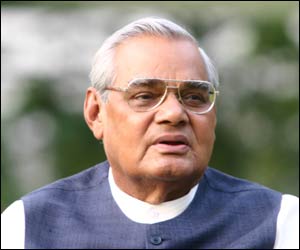 Bharatiya Janata Party leaders have in the past demanded that the Bharat Ratna be bestowed upon Vajpayee. The sources said the announcement might be made by Prime Minister Narendra Modi in his Independence Day speech from the ramparts of Red Fort in Delhi.Netaji Subhas Chandra Bose’s name is also doing the rounds for the coveted award. The Bharat Ratna can be given to a maximum of three people in a particular year.However, the possible belated award to Netaji elicited protests from some quarters. Bose’s grandnephew Sugata Bose said the freedom fighter’s stature was bigger than the Bharat Ratna and he should be kept out of partisan politics.“How can Netaji be given the Bharat Ratna after Rajiv Gandhi,” he told a TV channel. The recommendation of names for the Bharat Ratna is made to the president by the prime minister himself.