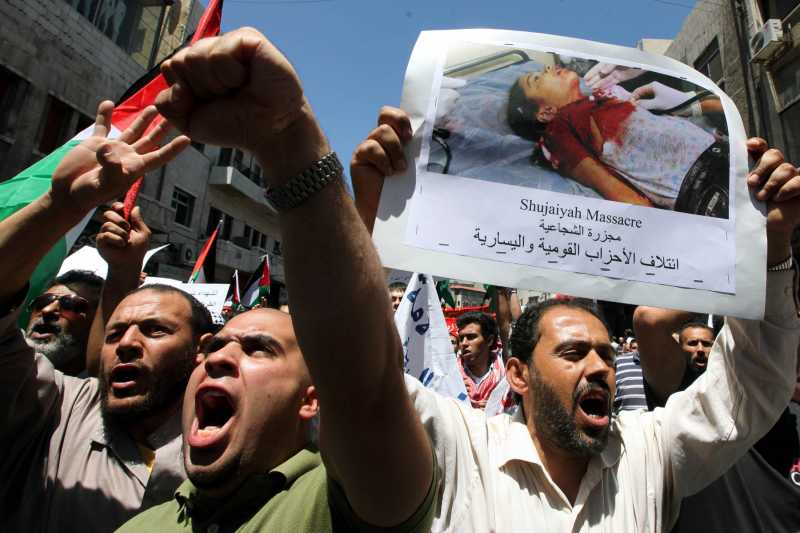 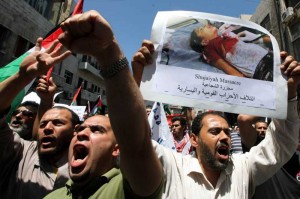 US Secretary of State John Kerry and top diplomats from Europe and the Middle East Saturday called for an extension to the temporary truce between Israel and the Hamas, as the toll in the Gaza strip violence rose to over 1,000 with the recovery of 130 bodies of Palestinians Saturday.

The toll over the past 19 days in the Israeli offensive on the Gaza Strip climbed to 1,030. This comprised mostly civilians, while more than 6,000 people have been wounded so far, Xinhua quoted Ashraf al-Qedra, spokesman of the Gaza health ministry, as saying.

Rescue teams, medical crews and paramedics pulled out 130 corpses from the rubble in eastern Gaza city and the southern Gaza Strip city of Khan Younis as the humanitarian ceasefire began in Gaza Saturday morning.

In the meantime, Kerry and French Foreign Minister Laurent Fabius met in Paris their counterparts from Britain, Germany, Italy, Qatar and Turkey, as well as a representative from the European Union, in an effort to draft a long-term ceasefire agreement.

“We all call on parties to extend the humanitarian ceasefire currently in force, by 24 hours that could be renewed,” Middle East Eye (MEE) quoted Fabius as saying after the two-hour-long meeting.

On Friday night, both the Hamas and Israel accepted a UN proposal for a 12-hour humanitarian ceasefire starting 8 a.m. Saturday to enable rescue teams and paramedics to search for bodies and evacuate the wounded.

The interior ministry in Gaza asked people not to go to areas close to the Israeli army ground forces in a bid to avoid confrontation.

Before the 12-hour ceasefire came into effect, 27 Palestinians were killed all over the Gaza Strip after midnight and at predawn, spokesman al-Qedra said, adding that the worst was when 20 members of a family, most of them women and children, were killed in one strike on their house at predawn in Khan Younis.