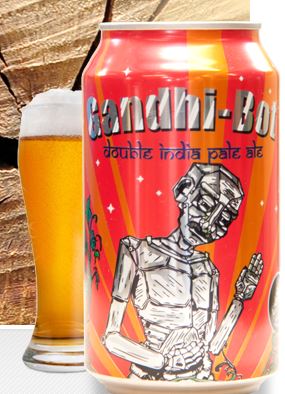 A Connecticut-based brewery has apologised to Indians for using Mahatma Gandhi’s name on one of its beers, media reports.
Through its Facebook page, the New England Brewing Company, apologised for the India pale it calls Gandhi-Bot.

“Our intent is not to offend anyone but rather pay homage and celebrate a man who we respect greatly,” the company wrote on its Facebook page.

The brewery’s website promotes the Gandhi-Bot beer, which has been distributed for nearly five years. It says,  “….with a blend of three varieties of American Hops. Aromatic and fully vegetarian, Gandhi-Bot is an ideal for self-purification and the seeking of truth and love.”

Further, the Woodbridge-based firm has urged users not to use its Facebook page to argue with those who are not happy with the use of the use of Gandhiji’s name.

Meanwhile, critics in the US and India have complained about the commercial use of Gandhi, revered for leading India to independence through non-violence.

Proloy K Das, a Hartford lawyer, tweeted that Connecticut “should be ashamed to be home” to New England Brewing.