Abandoning The Quartet In Favor Of The Arab Peace Initiative….writes Dr. Alon Ben-Meir by analysing the affairs of the Middle East Quartet, which consists of the US, EU, Russia, and the UN, to resurrect the Israeli-Palestinian peace process

During several meetings I recently had with EU officials in Brussels, they argued that it is time to revive the Middle East Quartet, which consists of the US, EU, Russia, and the UN, to resurrect the Israeli-Palestinian peace process. I took the opposite position because I believe that the Quartet failed from the onset to breathe new life into the peace negotiations; in fact, it has become a major impediment to the peace process.

The Quartet’s three preconditions, which require Hamas to recognize Israel, accept previous agreements and obligations, and forsake violence before it can become a legitimate partner in the peace talks, are outdated and impractical because these preconditions are tantamount to surrender.

The Quartet’s demands on Hamas make it impossible for its leadership to negotiate under those terms—and without Hamas’ full participation as an integral part of the Palestinian delegation, no Israeli-Palestinian peace can endure even if achieved.

In fact, any Israeli leader who genuinely seeks a peace agreement should not demand that Hamas first meet the Quartet’s requirements. Having suffered the indignities of the blockade for so long, even if Hamas agreed to negotiate under duress from its current position of weakness a peace agreement or a long-term ceasefire (hudna), it would only be a question of time when they will rise again to reclaim their dignity.

Netanyahu supports the Quartet’s preconditions because he knows full well that Hamas will not accept them. Thus, the Quartet has de facto been providing Netanyahu with the political cover he needs to forestall any substantive negotiations, claiming that the Palestinians are bent on destroying Israel while playing Hamas against the PA and vice versa.

Although it is unlikely that the Obama administration will push for the resumption of peace talks during an election year, 2016 does provide a unique opportunity for the US and the EU, who are the only effective players in the Quartet, to pave the way for serious negotiations in 2017 and beyond, provided that they make the Arab Peace Initiative (API) framework (not the Quartet’s) central to any future talks.

Contrary to the prevailing view among many Israelis, the API has not been presented to Israel on a take it or leave it basis, and it provides several common denominators between Hamas and Israel to achieve a two-state solution while offering Hamas a face-saving way out.

The US and the EU can persuade several Arab/Muslim states, especially Saudi Arabia, Qatar, Egypt, and Turkey, who enjoy considerable influence on Hamas, to exert political and material pressure on its leadership to formally adopt the API.

On more than one occasion (including in 2011, 2013, and 2014), Hamas clearly stated that it is willing to negotiate a peace agreement with provisions almost identical to the API. Hamas understands that Israel is there to stay and is now looking for ways to further ease the blockade and eventually lift it altogether, which can be facilitated in the context of the API.

In the same vein, the US along with the EU should relentlessly exert intense pressure on Israel to embrace the API as well. Currently, thousands of Israeli notables, including former President Peres, Yuval Rabin (the son of Yitzhak Rabin), former heads of security agencies including ex-Mossad chief Meir Dagan, much of the academic community, think tanks, retired generals, and more than half of the Israeli public support the API.

A poll commissioned by the Israel Peace Initiative in 2013 found that 55 percent of respondents support the API; that jumps to 69% if it is supported by the prime minister. 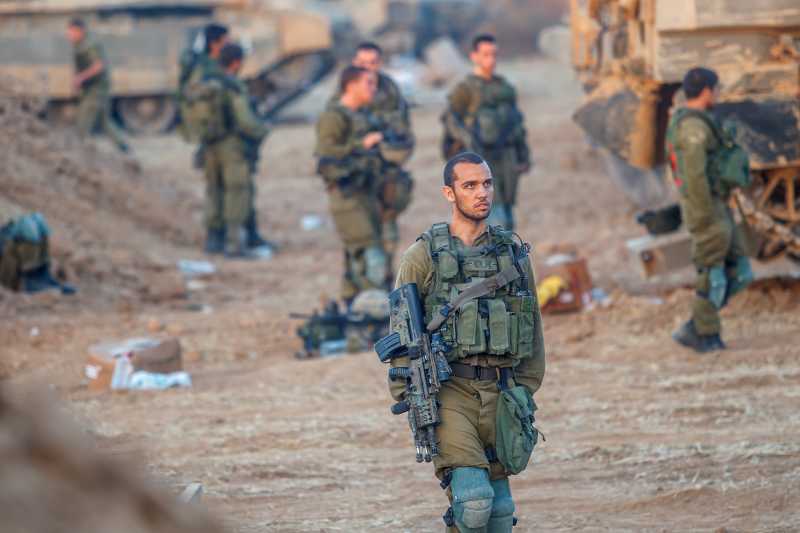 Moreover, there are several political parties in the opposition who view the API as central to reaching an enduring peace. Yair Lapid, the leader of the centrist Yesh Atid party, recently stated: “Convening a regional conference as the opening shot for a comprehensive regional arrangement is the most effective tactical and political tool for getting this process going. The framework of the discussions at this conference must be the Saudi-Arab initiative [the API] of 2002.”

The Initiative makes recognition of Israel conditioned upon Israel’s acceptance of a two-state solution based on the 1967 borders with some land swaps, agreed upon between Arab foreign ministers and Secretary of State John Kerry. In addition, the API would open the door for Hamas to return to the Arab states’ fold and no longer be labeled as a terrorist organization.

Indeed, Hamas is not a terrorist organization by any classic definition because many countries, including Brazil, Switzerland, Qatar, and Turkey, transact with Hamas as a normal entity. Israel itself deals with Hamas daily and on many fronts, including trade, travel, and tacitly on matters of security concerns, to maintain the informal ceasefire.

The Israeli-Palestinian conflict is becoming ever more intractable each passing day. It is time for the US and the EU to chart a new path and disabuse themselves of the notion that they must stick to past frameworks for peace, especially the Quartet, when in fact it has not advanced the peace process one single iota.

Times have changed; the Quartet was defunct from day one, and it will not succeed now by trying to resuscitate it. Instead, the focus must be on the universality of the API, around which a majority of Israelis and Palestinians, as well as the Arab states and the international community, can rally.

Israelis and Palestinians alike must focus throughout 2016 to assuage the psychological barrier by taking reconciliatory measures with the support and the encouragement of the US and the EU and pave the way for the resumption of credible peace negotiations with unwavering commitment.

Such commitment could lead to an Israeli-Palestinian agreement in the context of a comprehensive Arab-Israeli peace, which the Israelis seek and only the API can provide.

The Quartet must be abandoned in favor of the API, which has been gaining momentum in recent months absent any other viable alternative framework for peace.

(Dr. Alon Ben-Meir is a professor of international relations at the Center for Global Affairs at NYU. He teaches courses on international negotiation and Middle Eastern studies.)