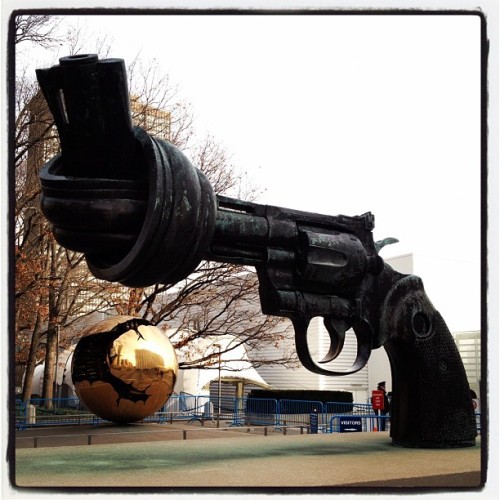 The IBSA Dialogue Forum comprising the three large democracies of India, Brazil and South Africa stressed on the urgent need for reform of the UN Security Council (UNSC), which needs to be enlarged in order to better reflect the present day realities and make it more representative and effective.

The foreign ministers of the grouping, including India’s Sushma Swaraj, noted that the year 2015 is the 70th anniversary of the UN and the 10th year following the collective mandate of the leaders at the 2005 World Summit calling for an early reform of the UNSC.

The ministers agreed to intensify their cooperation for a decisive conclusion next year on reforming the Security Council with the addition of new permanent and non-permanent members. They expressed full support for each other’s candidature for a permanent seat in a reformed UN Security Council, said an official statement.

Besides Sushma Swaraj, the other foreign ministers, Brazil’s Luiz Alberto Figueiredo Machado, and South Africa’s Maite Nkoana-Mashabane, met on the sidelines of the 69th session of the UN General Assembly.

They also reiterated their commitment towards further deepening and strengthening of the IBSA Dialogue Forum.
The ministers emphasised the growing importance of South-South cooperation. In this context, they noted that the IBSA Fund for Alleviation of Poverty and Hunger plays an important role through sharing of developmental experience of IBSA countries for inclusive and sustainable growth and empowerment of the peoples of developing countries.

They agreed that the footprint of IBSA Fund should be expanded to reach out to other countries in need of immediate developmental assistance. The ministers also stressed on the need to explore IBSA Fund projects aimed at women empowerment.
The ministers underscored that terrorism is a grave challenge to international peace and security. They called for a comprehensive and determined international action including strengthening of international normative regime through the early conclusion and adoption of the draft Comprehensive Convention on International Terrorism to address this menace.
They reaffirmed that the UN has a central role in coordinating international action against terrorism and urged the international community for concrete and coordinated response to terrorism, in accordance with international law, said the statement.
On the fighting in Gaza, the ministers expressed grave concern at the loss of a large number of civilian lives and extensive damage to infrastructure in Gaza and hoped the ceasefire would lead to immediate resumption of negotiations.
They recalled the two ongoing projects of the IBSA Fund in Palestine and announced their decision to launch a project for reconstruction of medical centre Atta Habib in Gaza and pledged $ 1 million dollars for the project.
They also expressed concern over the fighting in Iraq and Syria.
On the Ebola outbreak in some West African countries, the ministers called for coordination among various stakeholders and partners and reaffirmed that in this hour of need, they stood ready to contribute to the ongoing efforts of the international community to manage this common global threat.
The ministers agreed to hold the 8th meeting of Trilateral Commission in South Africa at a mutually agreed date.