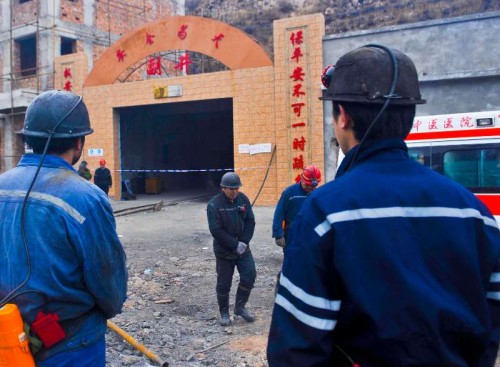 A coal mine fire killed 26 workers and injured 50 others in northeast China’s Liaoning province .

Two more miners died in the hospital, taking the toll to 26, the local hospital said.

Among the 50 others injured, 30 are in serious condition, four suffering from life-threatening injuries, Xinhua reported, citing a manager with the General Hospital of the Liaoning Fuxin Coal Corporation.

Those who were slightly injured are receiving treatment at a branch affiliated to the hospital.

Ten medical experts have been sent from the provincial capital to help with treatment.

The fire occurred at 2.35 a.m. in a coal mine under Hengda Coal, a subsidiary of the state-owned Liaoning Fuxin Coal Corporation, a major producer in the province.

Before the fire broke out, a 1.6-magnitude quake was monitored at 1.31 a.m. in a city near the coal mine. The provincial government is investigating connections between the tremor and the fire.

Hengda Coal has halted operations in all of its mines for safety checks. The company employs more than 4,600 people.

Built in 1978, the Fuxin mine is one of the largest coal producers in northeast China with an annual production of 1.5 million tonnes.

Last year, eight workers were killed during a gas leak in a Fuxin Coal mine.