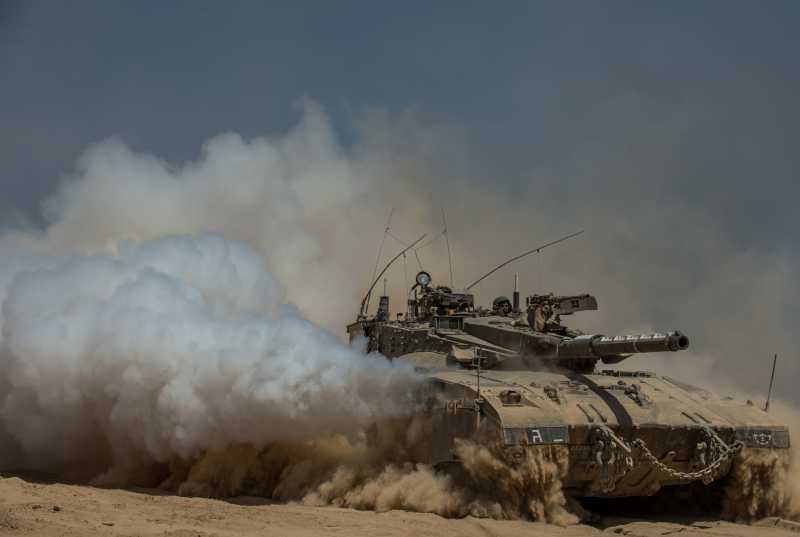 Trapped Between Delusion And Denial

The Israelis and Palestinians have been trapped for decades between delusions and denial and both have resorted to ideological and religious dogmas that dismiss with conviction any factual evidence to the contrary.A powerful Israeli right-of-center constituency led by Prime Minster Netanyahu insists that Israel is not an occupying power, the settlements are not impediments to peace, Jerusalem will never become the capital of two states, Palestinian hatred of Israelis is at the core of the conflict, the Palestinians do not seek real peace and are committed to Israel’s destruction, and the blockade of Gaza is justified for security reasons.The Palestinians’ delusions about their reality are no less absurd as they continue to demand the right of return of the refugees and claim that Israel is a foreign implant in the region and has no right to exist, Israel has no real national security concerns, and all Israelis are sworn to prevent the establishment of a Palestinian state.It is these delusions that have tragically perpetuated the conflict; their actions and reactions to each other’s transgressions only validated these delusions. Thus, little room is left for any bilateral constructive discourse as suspicion, hatred, and distrust became deeply embedded in their respective public psyches, creating psychological, political, and physical divides.Not surprisingly, this sad state of affairs is now glaringly manifested, once again, by the war between Israel and Hamas (an organization that represents a relatively small segment of the Palestinian population).There will be no victors, only losers, emerging from this war, and though both sides are sustaining terrible losses, they still find comfort in their delusions and refuse to face the truth. As Kierkegaard once observed, “There are two ways to be fooled. One is to believe what isn’t true; the other is to refuse to believe what is true.”There are many Israelis who strongly believe that Israel now has the opportunity to wipe out Hamas once and for all. In a recent column, Michael Oren, the former Israeli ambassador to the United States, strongly advocated that “Israel must be permitted to crush Hamas in the Gaza Strip.”This is the kind of delusion that blinds him and many of his compatriots who do not comprehend how ominous their position is concerning Hamas. Israel can destroy every tunnel and every rocket and even decapitate Hamas’ leadership, but this will prove to be futile and bordering on insanity as Hamas as a movement still enjoys some grassroots support.Such madness will only give rise to a new generation of radical Islamist Palestinians who will carry the banner of Hamas but with a far-greater vehemence and determination to violently resist Israel. No one can accuse Mr. Oren of being stupid, but then, as Saul Bellow aptly put it, “a great deal of intelligence can be invested in ignorance when the need for illusion is deep.”Conversely, Hamas can terrorize the Israelis, spread fear and cause havoc among the civilian population, and inflict major human and material loses, but it will never defeat Israel militarily; this only strengthens the Israelis’ resolve, however delusionary, to eradicate Hamas as a terrorist organization.The irony is that all of Israel’s military might has failed to deter Hamas. An organization under siege with extremely limited financial resources was able to build a sophisticated network of tunnels, purchase and manufacture more than 10,000 rockets, train thousands of fighters, and ready itself to face down Israel’s formidable military machine from underground and from the air.

Moreover, the disproportionate deaths of Palestinian civilians, especially children, versus the number of casualties among Hamas’ combatants evoked international outcry, putting Israel on the defensive. Never mind that Hamas is using innocent civilians as human shields; Israel, not Hamas, is accused of indiscriminate killings, allowing Hamas to win the public relations war.The war will eventually come to an end. The question is, will the terms for ending the bloody conflict set the stage for the next round of hostilities, or will both sides shed their delusions, recognize each other and stop this vicious cycle of violence?For Hamas this is not just a battle for easing the blockade or lifting it altogether; it is a battle for its very existence. But Hamas painted itself into a corner; after having innocent civilians suffer so much death and destruction, failing to lift the blockade at some point in the future is tantamount to political suicide.Although Netanyahu cannot crush Hamas as a movement, he hopes to unravel the unity government. Regardless, he no longer accepts, and rightfully so, a long-term ceasefire unless all tunnels are destroyed and Gaza is demilitarized, with the Palestinian Authority’s security forces in charge of all border crossings.For the above reasons, any solution will have to disabuse Israel and Hamas of the illusion that either can rid itself of the other. Now that so much death and destruction has been inflicted on one another, perhaps they can stop and think where all this insanity is leading to.Thus, any effort to find a solution following the initial humanitarian ceasefire must be based on a formula in which Israel and Hamas share important common denominators that could meet their principal requirements and open the door for serious peace negotiations between Israel and the Palestinian unity government.Being weary of Islamic extremism, the Arab states have largely abandoned Hamas and are now in a much stronger position to squeeze Hamas to adopt the Arab Peace Initiative (API), which remains the only realistic formula and has been on the table for 12 years.The API recognizes Israel’s right to exist, the establishment of an independent Palestinian state to live side by side with Israel, and provides for permanent peace and the recognition of Israel by the Arab and Muslim states.There is wide support in Israel for the API, and here is where President Obama must finally put his foot down and insist that the Netanyahu government embrace the API to provide the foundation for credible peace negotiations.Every Arab and Muslim state has endorsed the API. Qatar and Turkey, in particular, enjoy considerable influence on Hamas and can now exert real pressure on the organization to embrace the API. Several statements made in the past by Hamas’ political leaders are very consistent with the main provisions of the API, which recognize Israel’s right as a state along with the creation of a Palestinian state.For nearly seven decades, Israelis and Palestinians have been marred with delusions and denial, planning and plotting to undermine one another instead of building human bridges and coming to accept their shared destiny.The question is, will Israel’s and Hamas’ leaders learn anything from this horrifying war, or, to paraphrase Dostoyevsky, will they continue to delude themselves and come to a point “where [they] cannot distinguish the truth within” or around themselves?This war has introduced a new dimension to the Israeli-Palestinian conflict. Whether the Israelis and Palestinians are destined to live and prosper or destroy each other is the question they must ponder, because neither will survive without the other living in peace and security.