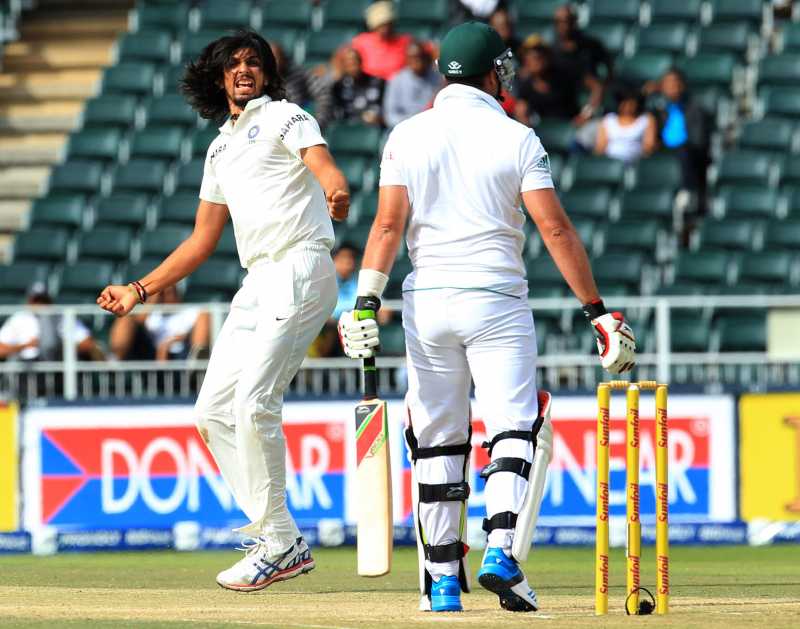 India’s handsome victory at Lord’s would have come as a big relief to skipper Mahendra Singh Dhoni, leading a young side with almost the entire top-order batting playing in England for the first time.

What must have pleased Dhoni’s team is that they have not messed up the opportunity of winning a Test like they muffed it in South Africa and New Zealand in the last one year.

When the final day’s play began those nightmarish thoughts were back again as Joe Root and Moeen Ali played out the entire morning session bar the last delivery before the break. Ishant Sharma, easily the most aggressive of the Indian bowlers in the last two days of the Test, cramped the left-handed Moeen to pop up a catch fending awkwardly.

Moeen’s wicket not only opened the floodgates, but also gave Ishant a vital clue to demolish the lower-order batsmen, that is to bowl back-of-length aiming at the body. It was like El Dorado for him as batsman after batsman succumbed hooking or pulling, importantly straight to the fielders.
It was an amusing sight to watch English batsmen literally running scared to face the short-pitched delivery. Ishant was gracious to give part of the credit to Dhoni for asking him to use the short ball.
Strange as it may seem, England were done in by the conditions and a pitch tailor-made for their bowlers to rattle the Indians. The Indian batsmen were up to the task. If Murali Vijay and Ajinkya Rahane and even Bhuvneshwar Kumar showed the English batsmen how to leave the moving ball, Bhuvneshwar, Ishant and Mohammed Shami taught their English counterparts how to exploit a bowler-friendly pitch.
Sometimes Ishant can make his captain shake his head in exasperation, but Dhoni has immense confidence in his ability to deliver when the chips are down. He had six-wicket hauls twice this year in New Zealand and another six for against West Indies in 2011.
Come to think of it, India went without a Test win overseas since the 2011 tour of England. Disaster struck here as they lost all four Tests comprehensively, prompting the elder statesmen of Indian cricket Sachin Tendulkar, Rahul Dravid and V.V.S. Laxman to start planning their retirement.
The triumvirate wanted to give one final shot at glory by going to Australia later that year, but they realised after another 0-4 drubbing that they should make way for a young crop of cricketers.
Dravid and Laxman did not take long to say goodbye to international cricket while Tendulkar hung on to play in his hundredth Test before calling it a day.
The stats may paint a harsh picture, but the fact remains that there were matches which they should have won hands down, but they somehow contrived to be welcome visitors by letting the hosts off the hook. Such unexpected turn of events can be shattering for any team.
At least two Tests will rankle, one in Johannesburg and another in Wellington. In the Test against South Africa, they could not bowl out South Africa in the fourth innings despite having a cushion of 458 runs. In fact, South Africa let India off by not going for victory from the doorstep after chasing all the way.
At Wellington, India again had no business to let slip the opportunity after dismissing New Zealand for 192 and replying with 438 in the first innings. The Black Caps were 94 for five in the second knock and Brendon McCullum was allowed to score a triple century and raise a total of 680 for eight with Corey Anderson and Jimmy Neesham hitting hundreds.
With the victory, Dhoni has bought peace with his detractors. Of course, Virat Kohli’s failures with the bat also might have given the captain an opportunity to relax.
The series is not yet over after their second victory at Lord’s in 28 years, Kapil Dev’s team winning there the first time in 1986, and the sixth in 82 years on England soil. Three more to go in a series of over five Tests in 55 years.
No home team can stomach a defeat so early in the series and surely England will make necessary changes in the squad and adjustments in strategy to bounce back. But this Indian team has shown that it has the ammunition to fight.
The brash young men Shikhar Dhawan, Virat Kohli, Cheteshwar Pujara, Ajay Jadeja and Stuart Binny have the gumption to take on this English team. There were doubts whether the attack can work without Zaheer Khan. Bhuvneshwar, Ishant and Mohammed Shami have not once made fans to think about the aging stalwart.
The Indians have made one point in a telling manner, they are not going to give in for want of effort.