Indians are urged not to use the intials. The move is aimed to help establish the identity of Indian passport holders and will also help in saving victims of mistaken identity cases who have even landed in jails.  Indian expatriates in the UAE, who have not bothered to expand the initials of their names in their passports so far, must get it done now — for protecting their own identity, says a report in Khaleej Times. 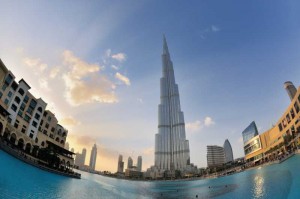 “Indian missions in the UAE are urging expats here to expand the initials of all names in their passports following a recent circular issued by India’s Ministry of External Affairs. The move is aimed to help establish the identity of Indian passport holders and will also help in saving victims of mistaken identity cases who have even landed in jails.

“The rule is now being implemented when applicants, who had not given the expansion of their initials in their passports, apply for any of the passport services through the service provider BLS International, senior officials confirmed to this newspaper,” the report said.

P.C. Kurian aka Punnaparambil Cherian Kurian, who lives in Sharjah, recently approached BLS for renewing his passport. “The initials of my name are already expanded in my passport. But my father’s name Punnaparambil Kurian Kurian was mentioned only as P.K. Kurian. I was told to provide an affidavit to declare his full name by expanding his initials,” said Kurian.

Kurian’s wife, whose passport was also due for renewal, also had to get his name’s initials expanded in the place of her spouse’s name. “Since I was already present with her and my name is endorsed in my passport with the initials expanded, they did not require an affidavit as it is already proved. So, the expansion of my initials in my wife’s passport was done without any other documentation,” he said.

The UAE has seen a number of cases of mistaken identity where innocent victims landed in jail just because their names or that of their parents matched with the names of people wanted in police cases here. Many cases have involved Indians, especially those from Kerala, where using abbreviated initials with the given names is common.

Expansion of initials is expected to help resolve such cases as well.

Indian Ambassador to the UAE T.P. Seetharam, however, said the reason for the rule cannot be just to assist victims of mistaken identity cases. “We cannot say so. But it will naturally help in such cases. It is unfair for anybody to be a victim of mistaken identity,” he said. “Many Indians, especially those in the south, face problems due to their initials. So, when you fill up an official document, especially the ones used for proving identity, you are expected to expand the initials.”

An official, who said the rule might have also been issued due to “security reasons”, said applicants sharing the same name often create confusion. He said the missions here have eased the procedures for proving the expansion of the initials of expatriates by allowing them to just furnish an affidavit.

Applicants can approach IVS Global Services Private Limited in Oud Mehta for getting the affidavit issued.