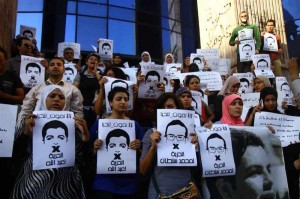 Greste and Fahmy were sentenced to seven years in prison while Baher Mohamed was sentenced to an additional three years for possessing arms.

The three journalists were arrested in December last year in Cairo as they covered the aftermath of former President Mohamed Morsi’s ouster last July.

The prosecution produced a number of items as evidence including a BBC podcast, a news report made while none of the accused were in Egypt, a pop video by the Australian singer, Gotye, and several recordings on non-Egyptian issues.

The defence maintained that the journalists were wrongly arrested and that the prosecution had failed to prove any of the charges against them.

Another Al Jazeera journalist Abdullah Elshamy was released earlier June 17 on medical grounds as he was on hunger strike for 147 days to protest his prolonged imprisonment without charge.

He was arrested Aug 14 last year.