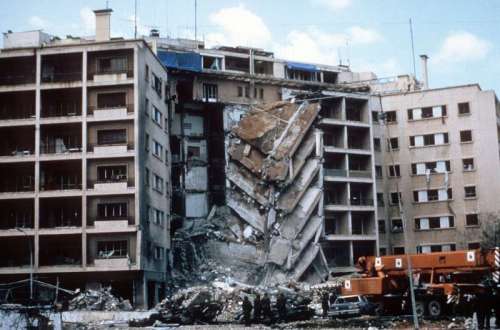 An Egyptian has pleaded guilty in a court here to charges of helping plan the 1998 bombings of US embassies in Kenya and Tanzania that killed 224 people, a media report said Saturday.

Adel Abdul Bary, 54, Friday pleaded guilty to three counts, including threatening to kill, injure or destroy property by means of an explosive and conspiring to murder US citizens abroad, Al Jazeera reported.

However, US District Judge Lewis Kaplan did not immediately accept the plea agreement, saying he had concerns that Bary had previously faced hundreds of charges, some of which carried a mandatory life sentence.

Under the plea deal, Bary faces a sentence of 25 years in prison.

“If he is given credit for more than a decade he spent in custody in the UK while fighting extradition, his sentence would be significantly shorter,” Kaplan said.

“You can well appreciate why I have questions in my mind,” Kaplan said.

The judge gave the government and Bary’s lawyers one week to submit letters explaining why he should accept the deal.

If he were to reject it, Bary would be permitted to withdraw his guilty plea and would proceed to trial.

The attacks on the two embassies brought Osama bin Laden, Ayman al-Zawahiri and Al Qaeda to the attention of the US for the first time.

Since then, the Federal Bureau of Investigation (FBI) placed bin Laden on its 10 most-wanted list.