An external force caused the Malaysia Airlines flight MH17 to crash in eastern Ukraine, the Dutch Safety Board investigating the disaster said in its first report Tuesday.

“The Boeing 777 Malaysia Airlines plane broke into pieces, presumably due to structural damage to the unit caused by a large number of objects piercing the plane with high speed,” the Board said.

There are no indications that the crash was caused by a technical failure or by actions of the crew, Xinhua reported citing the report.

Flight MH17, which had left Amsterdam for Kuala Lumpur, was shot down by a surface-to-air missile July 17 when flying over eastern Ukraine. All 298 people on board were killed.

This was the second tragedy to hit Malaysia Airlines this year, after the disappearance March 8 of its flight MH370, en route from Kuala Lumpur to Beijing with 239 people on board. 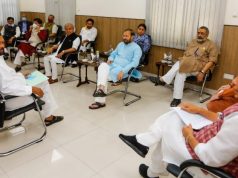