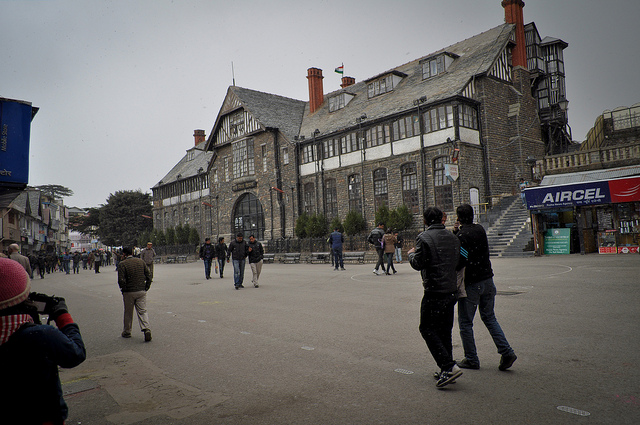 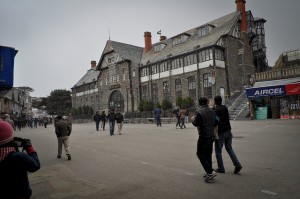 Thanks to a major leg-up from the Asian Development Bank (ADB), a blast from the colonial past will soon greet visitors to Shimla, India’s summer capital during the British Raj,with the government set to restore the iconic Town Hall located on The Mall, a favourite haunt of those out for a stroll.

“The building will be restored and conserved as per the original pattern within two years. For this, Rs.8 crore ($1.3 million) has been allocated,” Manoj Sharma, joint director with the state tourism department, said. The ADB has provided 70 percent of the money, with the state government chipping in with 30 percent.

The building, constructed in 1908 in the half-timbered Tudor style – all-wooden frames and shingled eaves – currently houses the Shimla Municipal Corporation.

Its exteriors and interiors would be refurbished by polishing and repairing the stonework. The windows and rooftops would be totally replaced and the Gothic facade would be improved.

Chief Minister Virbhadra Singh has issued directions to get the Town Hall vacated at the earliest for its renovation. It would be a temporary shift till the heritage building gets a new look, he said.

Official sources said the chief minister’s assertions came after the Shimla Municipal Corporation refused to vacate the building for the renovation.

“The government is providing us space for our public utility offices in bits and pieces and that too at different places. We want space in one office and that too near the present office. Otherwise, we will not shift from this place,” Mayor Sanjay Chauhan said.

Sources said the corporation functionaries are expressing apprehensions that they would never get the Town Hall back once they vacate it for renovation. It might be handed over to the state tourism department, which is renovating it.

Officials involved in its restoration said glazing work inside the complex and stonework polishing on the outer walls would not start till the entire complex is vacated.

Historians and old-timers are happy with the chief minister’s commitment to restoring and preserving Shimla’s traditional glory.

Gaiety Theatre, where Nobel laureate Rudyard Kipling and legendary actors Prithviraj Kapoor and Balraj Sahni once performed, reopened in June 2009 after five years of renovation, with Rs.12 crore being spent to restore its original Gothic style of architecture.

It is located adjacent to the Town Hall.

Beaming octogenarian Ramesh Sood, who is born and brought up in the Queen of Hills, as Shimla was fondly called by the British colonial rulers, said most of the relics of the Raj are either crumbling or being reduced to ashes.

“Now this building will also get back to its original glory,” said Sood pointing towards the Town Hall.

Official sources said along with refurbishing the Town Hall, the state tourism department will also undertake a project on rebuilding the Mall road’s surface by replacing the conventional coal tar with cobble stones.

The Town Hall has been the centre of municipal activities in Shimla right from the day it was opened in 1908.

The municipal committee of Shimla passed a resolution Oct 21, 1880, for setting up a public building to serve as the town’s civic offices as well as for public meetings, banquets and concerts, tourism department archives say.

“Any other town in the world of the same size or importance as Simla and a seat of the government would not be absolutely without a public hall as Simla now is. There is no room in any building in Simla where His Excellency the Viceroy or the Lieutenant Governor can hold even a small durbar, or where public meetings or gatherings can take place with safety or without overcrowding or inconvenience,” the resolution reads.