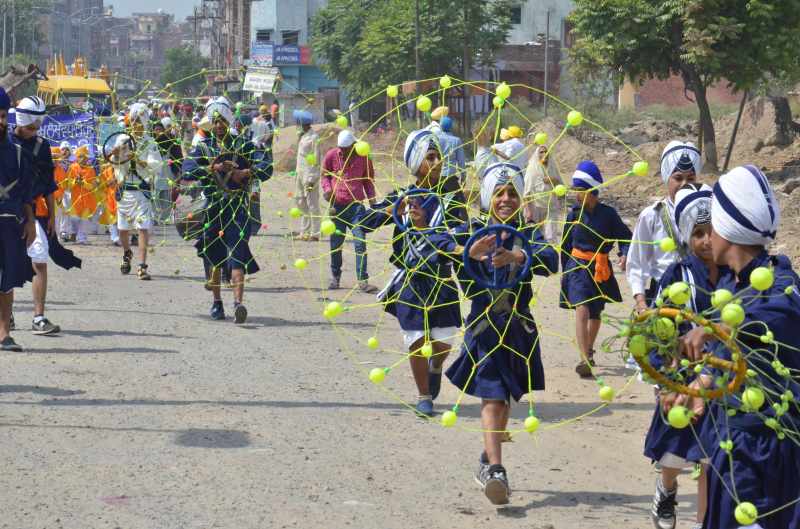 The Punjab government wants its farmers to diversify to other varieties of crops to reduce the burden on soil as well as water level from the water-guzzling common paddy variety.
The farmers are being told to shift to growing the Basmati variety of paddy, which is finer than the common paddy variety and carries a distinct smell and taste, so that dependence on common paddy is minimized.
On Wednesday, the government began procuring paddy at 1,802 centres across Punjab. The target: over 14 million tonnes of paddy.
Punjab wants farmers to take to other varieties of paddy and crops to break the wheat-paddy cycle the Green Revolution state has followed since the 1960s.
Among the things the government and experts are suggesting is that farmers could grow the Basmati variety.
To promote Basmati, Chief Minister Parkash Singh Badal has allowed incentives for Basmati millers.
Even the market fee and rural development fee have been slashed by one percent to motivate buyers from outside Punjab to purchase Basmati.
“Such a measure was taken to encourage farmers to grow more Basmati instead of common paddy. Basmati consumes less water and is also a short duration crop. And it fetches more money to the farmers.
“The promotion of Basmati is part of a diversification plan to reduce the area under paddy cultivation,” said a spokesperson of the chief minister’s office.
According to agriculture department officials, in 2013-14 paddy was sown in 2.85 million hectares, of which Basmati accounted for about 550,000 hectares.
Due to drought like conditions this year (2014-15), the area under paddy came down to 2.81 million hectares.
However, despite the adverse weather, the area under Basmati increased to 860,000 hectares.
“Last year’s Basmati production was about 2.2 million tonnes whereas the anticipated production in the current season is about 3.4 million tonnes,” the spokesperson said.
“We don’t mind shifting to cultivating Basmati. But the government should ensure that the crop gets sold. The farmers will not be in a position to take losses,” farmer Gurtej Singh of Landran, near Chandigarh, told IANS.
The Punjab government has said the Value Added Tax (VAT) was zero percent for all exporters of Basmati who purchase it from Punjab.
Some areas of Punjab, like the Mukerian and Ferozepur belts, do grow Basmati. But most farmers end up growing common paddy, called “jhona”, as the input cost is less.
Punjab, with only 1.54 percent of India’s geographical area, produces around 20 percent of wheat, 10 percent of rice and 10 percent of cotton production of the country. The state contributes over 50 percent food grains to the national kitty alone.
Punjab and Haryana procured nearly 18 million tonnes of paddy last year (till November end). Of this, Punjab accounted for 12.7 million tonnes of paddy.
Nearly 95 percent of the paddy and wheat in both the states is procured by government agencies while the remaining is purchased by private traders and millers.
Punjab procured nearly 12 million tonnes of wheat till May-end this year. It was a bumper crop despite adverse weather conditions. Payment of nearly Rs. 16,000 crore was made to farmers for the crop. Neighbouring Haryana procured nearly 6.5 million tonnes of wheat this year.
Both states jointly procured nearly 18.5 million tonnes of wheat this year, a record procurement in recent years.
This year, the Government of India has fixed the minimum support price (MSP) for paddy at Rs. 1,400 per quintal for Grade A and Rs. 1,360 per quintal for common variety of paddy.