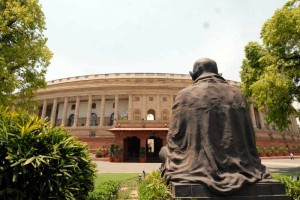 The Lok Sabha Friday passed the Finance Bill, 2014 by a voice vote with which the legislative proposals notably on direct and indirect taxes proposed in the national budget for this fiscal can now become effective formally.

The bill was passed after Finance Minister Arun Jaitley gave his reply to the debate on the budget, assuring the house that the measures he has outlined will create more jobs, generate economic activity and achieve higher growth, without burdening the people.

He also assured the house that his government would also not resort to indiscriminate levy of taxes with retrospective effect, and said such actions only create additional liabilities on businesses and sends wrong signals to investors.

“We want to revive investor sentiment which had been disturbed.”

During his reply, the finance minister said the government under Prime Minister Narendra Modi was also moving fast on bringing back the ill-gotten money stashed away by Indians in tax havens abroad.

“The country will not have to wait for long for bringing back black money.”